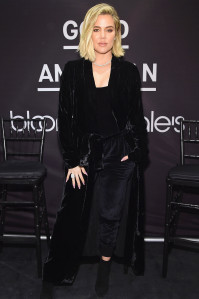 There’s a whole new generation of Kardashians to keep up with! Khloé Kardashian shared an adorable photo of her 6-month-old daughter, True Thompson, and four of her cousins — Chicago, 9 months, Stormi, 8 months, Dream, 23 months, and Saint, 2 — enjoying some sweet treats.

Kardashian Family: Meet the Next Generation

“Cousin cupcake party! Keeping Up With the Kousins,” the Good American designer, 34, wrote on Instagram on Friday, October 12. 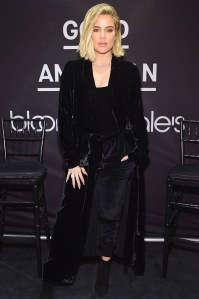 The sweet shot shows all five babies lined up in a row on pastel blankets with a spread of dessert before them as Stormi, in the middle, reaches out for a sprinkle-covered layer cake.

She also shared a pic that showed her with the kids on her Instagram Stories, captioning it, “Best day ever.” 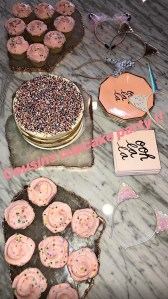 The little ones have been spending plenty of quality time together. On September 14, Kim Kardashian posted the first photo of the “triplets” — her daughter, Chicago, Stormi, whose mom is Kylie Jenner, and True playing together on a pink rug.

Days prior, Jenner also showed off a cousin date with a picture of Stormi and Chicago in matching pink pajamas.

Khloé gushed about pregnant at the same time her younger sibling in a clip shared to the Keeping Up With the Kardashians Facebook page on March 2. “We both have never been through this before,” the Revenge Body host said.

Jenner welcomed daughter Stormi with boyfriend Travis Scott on February 4, while the Strong Looks Better Naked author gave birth to her first child with boyfriend Tristan Thompson on April 12. Kim, meanwhile, welcomed daughter Chicago with husband Kanye West via surrogate on January 15. The couple also shares son Saint and daughter North, 5. Dream was born to Rob Kardashian and Blac Chyna — who said she was open to getting back together with her now-ex in an interview published on October 8 — on November 10, 2016.