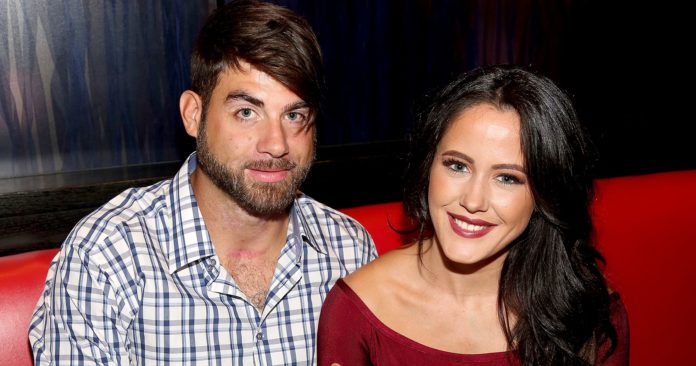 Moving on as a family? Jenelle Evans and her husband, David Eason, went to a pumpkin patch with their kids and her mom, Barbara Evans, days after Jenelle accused him of assault during a disturbing 911 call.

Eason, 30, shared a series of photos from the North Carolina pumpkin patch on Sunday, October 21, including a selfie with the MTV star, 26, and her mother, who fought over the custody of Jenelle’s 9-year-old son, Jace, for years.

“Hot pumpkin spicey! #fall#pumpkin #family,” Eason captioned the photos of Jenelle, Barbara, Jace and the couple’s 20-month-old daughter, Ensley. Jenelle’s 4-year-old son, Kaiser, whom she shares with her ex-fiancé Nathan Griffith, was not in the pictures. He was, however, featured on Eason’s Instagram Story on Monday, October 22, playing with their dogs.

A week before their fall outing, an emotional Jenelle called 911 and told the operator her husband “just assaulted” her at their house.

“He pinned me down on the ground in the yard, and I think I heard my f–king collarbone crack and I can’t move my arms,” she told the operator on October 13, alleging he “got violent because he was drinking.”

A source told Us that the reality TV personality’s “family and friends hope she leaves” Eason following the incident.

After the 911 call made headlines, Jenelle told E! News that the incident was “a drunk and dramatic misunderstanding.”

“Everything is great,” she told the outlet on Friday, October 19, after deleting her Twitter account. “We are totally fine … just taking time off social media, time to focus on ourselves and our family.”

While Jenelle has refrained from posting on social media, Eason wrote that the pair have “never been happier” in his Instagram caption on Saturday, October 20.