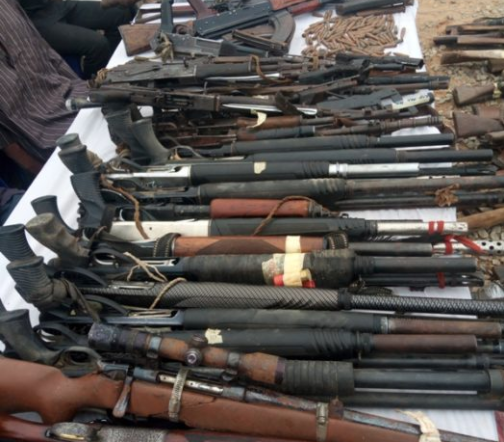 Chris Ezike, the Commissioner of Police in Imo State says the command has recovered 168 guns and 2,323 ammunition during its mop-up of armaments in the state.

Ezike, who made the disclosure in Owerri on Tuesday while displaying the weapons, said they were recovered from criminals and some individuals who surrendered their own voluntarily. He said the command also recovered 99 cartridges and 25 empty magazines.

Ezike said all persons arrested in connection with the recoveries that were not voluntarily made are facing various charges in court. He explained that the arms recovery had become a proactive exercise aimed at checking the activities of would be political thugs.

The CP added that the mop-up and voluntary submission of weapons had led to reduction in criminality such as kidnapping and armed robbery in the state.  He said anybody who willingly surrendered weapons in his custody within the time frame stipulated by the IG would have police protection.