How crowd embarrassed Amaechi while defending Buhari in Abuja 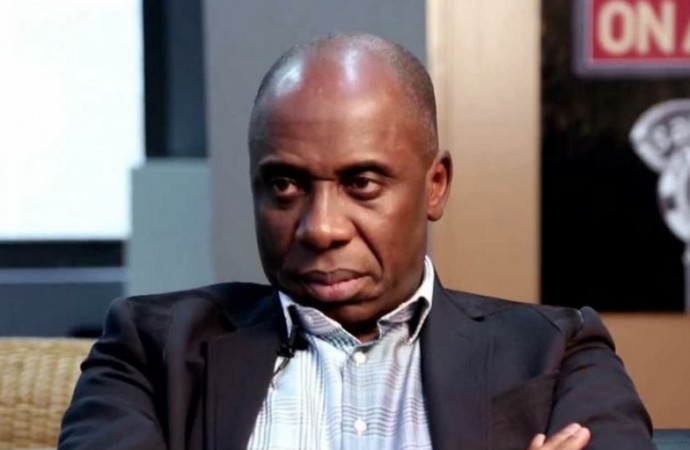 Minister of Transport, Rotimi Amaechi, has been booed and shouted down by an angry audience for attempting to reel out the achievements of President Muhammadu Buhari’s government.

The drama ensued on Thursday at a town hall meeting/presidential debate organised by the Osasu Show Symposium in Abuja.

Buhari had confirmed his participation at the presidential debate but neither put up an appearance nor sent in a representative.

However, the Minister who was not part of the debaters, took to the stage to mock the candidate of the Peoples’ Democratic Party, PDP, Atiku Abubakar over his plan to privatise the Nigerian National Petroleum Corporation, NNPC.

He alleged that Atiku’s plan of privatising the state-owned oil company was laced with corrupt intentions.

Afterwards, he went further to attempt a reel out President Buhari’s achievements in office but was met with the resistance of the audience.

The audience booed him and shouted ‘sit down!’ ‘sit down!’ for as long as Amaechi tried to speak in praise of the government.

Overwhelmed by the apparent anti-Buhari chants, the Minister caved into the pressure and took his seat.