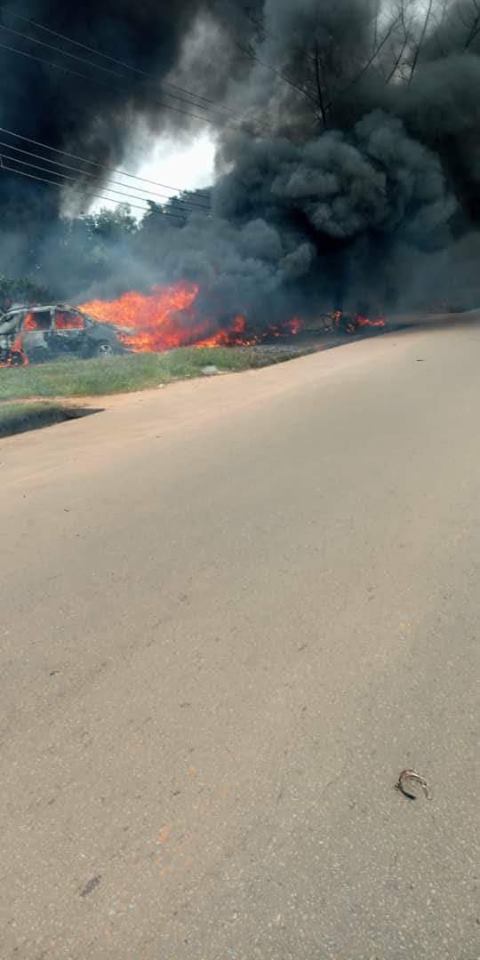 The Nasarawa State Government has confirmed two persons dead and 37 others injured in the gas explosion that occurred at Natson gas station in Lafia on Monday.

The Deputy Governor, Mr Silas Agara, gave the figure during on-the-spot assessment visit to the scene of the incident.

He said that the government would take the necessary steps to unravel the cause of the accident.

Agara, accompanied by the Commissioner of Police, Yahaya Bello, and Chairman, Lafia Local Government, Malam Aminu Muazu, described the explosion, which occurred at Monaco Gas plant within the premises of Natson Filling station on Jos Road, Lafia, as most unfortunate.

He expressed his condolences and sympathy to the victims on behalf of Governor Umaru Al-Makur and assured the people of the government’s readiness to respond to the emergency and ensure a thorough investigation of the incident.

Agara applauded the security and emergency response teams for their quick intervention and advised the public to stay away from the scene to allow relevant agencies to carry out their investigation into the matter.

He and his entourage later visited the 37 victims with various degrees of injuries at the Dalhatu Araf Specialist Hospital, Lafia.

“So far, 37 people are receiving treatment in the hospital but two have been confirmed dead by the doctors.

“Tomorrow, we will go back to the hospital to do an update. But I can tell you that I was in the hospital myself to do a physical count and as at now, 37 are receiving treatment with two dead,” she said.