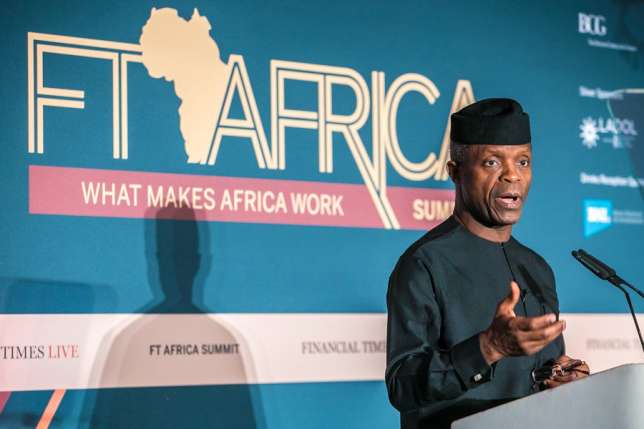 The herdsmen also described the ban on open grazing as anti-Fulani.

The Miyetti Allah Cattle Breeders Association of Nigeria (MACBAN) has rejected the panel chaired by Vice-President Yemi Osinbajo to end the killings by Fulani herdsmen.

Also on the panel, are nine state Governors, including Governors Darius Ishaku of Taraba and Samuel Ortom of Benue.

The decision to set up the panel was reached during a meeting of the National Economic Council in Abuja on Thursday, January 18, 2018.

According to Daily Post, the North East zonal Chairman of the Miyetti Allah, Alhaji Mafindi Danburam said that they are not happy with the inclusion of Governors Ishaku and Ortom.

Danburam also said that the presence of the two Governors who have banned Fulani herdsmen from grazing in their states might influence the decision of the panel.

He also said “The committee would not produce the desired result with the inclusion of Governors Darius Ishaku and Samuel Ortom of Benue.

“The two governors, who have promulgated military decrees in their states , will make attempt to influence other members of the committee . The ban on open grazing is anti-Fulani.

“I want to tell you that I am disappointed completely in this present administration because this crisis has been happening for the past three years and the Federal Government did nothing to stop it.”

The National Vice President of Miyetti Allah Cattle Herders Association (MACBAN), Husaini Yusuf Bosso recently told newsmen that more blood will be shed in Benue state if the anti-grazing law is not scrapped.

In its response, the National Council of Tiv Youths (NCTY) and the Middle Belt Youths Council (MBYC) have vowed to defend Benue state against any attack by Fulani herdsmen.

They groups say they will no longer fold their arms and watch their kinsmen being killed by Fulani herdsmen.

n Benue Anti-grazing law must be modified for killings to stop – Cattle Breeders
Benue Attacks 11 killed in fresh Fulani herdsmen raid
Mass burial for 73 Benue herdsmen attack victims to hold today
Bishop David Oyedepo says he got a letter from herdsmen saying there will be no peace until cattle colonies are established in all states (video)
Reno Omokri replies Presidency over claims that 756 people were killed by herdsmen during Jonathan’s tenure
Photos: President Buhari meets with Saraki and Dogara over the security situation in Benue state
NTA’s Cyril Stober weds his colleague, Elizabeth Banu (photos)
Benue Killings Buhari promises to bring killer herdsmen to justice
Ahead of 2019, Senator Ekweremadu calls for 6-year single tenure for president, governors, others
Photos: 2face Idibia pays condolence visit to his state, Benue, over the recent herdsmen killings

Atiku is a heavyweight politician, his defection bad for APC,’ Governor says