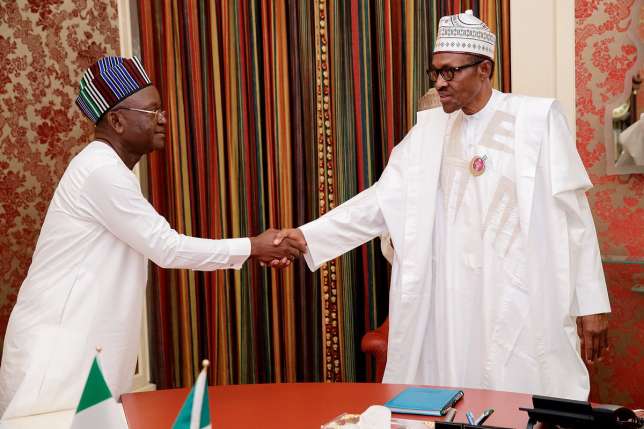 The president said efforts are being made to prevent further attacks.

President Muhammadu Buhari has promised that the country’s security agencies are committed to bringing the perpetrators of the attacks that have led to the death of 71 people in Benue State to justice.

The president made this promise after he met with Benue governor, Samuel Ortom, at the Presidential Villa on Tuesday, January 9, 2018.

President Buhari tweeted on his official Twitter account (@MBuhari), “I just met with the Governor of Benue State. I assured Governor Ortom of our total commitment to the security of lives & property in Benue and elsewhere. We have deployed additional security resources to fish out the attackers, bring them to justice, and prevent further attacks.”

Since the attacks were brought to light on January 2, Governor Ortom has publicly criticised the Federal Government a couple of times for allowing the attack to happen through negligence.

He said the state had notified the Federal Government of the threat of the herdsmen after they vowed to resist the anti-grazing bill which came into effect on November 1, 2017.

In response to the attacks, President Buhari had, on Monday, January 8, ordered Inspector General of Police, Ibrahim Idris, to relocate to the troubled state and prevent the escalation of the crisis.

In attacks allegedly carried out by Fulani herdsmen in Guma and Logo Local Government Area of Benue between Sunday, December 31, 2017, and Tuesday, January 2, 2018, 50 people were reportedly killed.

11 other people were killed in a fresh attack on Tombu village of Logo LGA, again by suspected Fulani herdsmen, on Saturday, January 6, 2018.

According to Governor Ortom’s Chief Press Secretary, Terve Akase, the death toll for the attacks hit a total of 71 victims on Monday, January 8.

The Benue State Police Command arraigned six Fulani herdsmen who are suspected to be connected to the massacre of over a dozen people in Guma LGA on January 2.

The suspects were allegedly involved in the killing of 19 people in Akor village and were arraigned at a Chief Magistrate Court in Makurdi before Chief Magistrate Isaac Ajim on Friday, January 5.

Militants give FG ultimatum to release $1bn for N’Delta devt