Atiku is a heavyweight politician, his defection bad for APC,’ Governor says 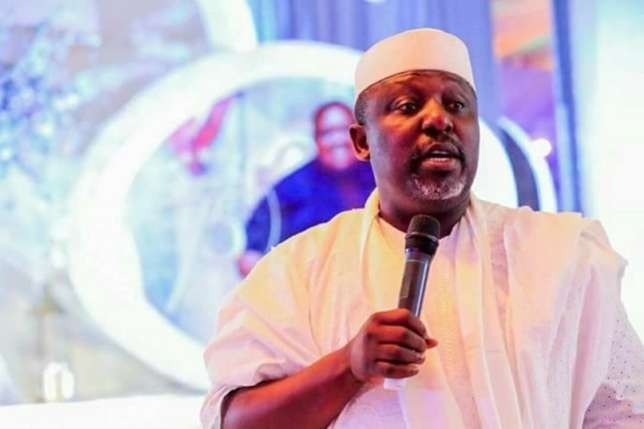 Okorocah said whether anyone likes it or not, Atiku is a major force to reckon with in Nigeria’s political sphere.

The Imo State Governor, Chief Rochas Okorocha, has said that the exit of former vice-president Atiku Abubakar from the All Progressives Congress is a minus for the party.

He said whether anyone likes it or not, Atiku is a major force to reckon with in Nigeria’s political sphere.

“I have taken a holistic view of our party, it (Atiku’s exit) is not the best because no matter how anybody thinks, Atiku carries some political weight. His leaving our party is not the best,” he said.

Okorocha, however, said the APC will make amends and fill up the vacuum Atiku left.

The Governor also reacted to the statement credited to the APC National Leader, Bola Tinubu, that there would be no automatic ticket for President Muhammadu Buhari ahead the 2019 Presidential Election.

He (Okorocha) maintained that he that he would support Buhari for a second term.

Earlier, the APC Governors’ Forum had said all the governors will support the party’s sole candidacy of Buhari in 2019 election.

But Tinubu opposed the Forum’s stand, insisting that the APC’s presidential candidate must emerge through a primary.

Okorocha said, “The (Tinubu’s) statement came to me as a surprise, come to think of it, I never referred to him. I refer to the governors of Nigeria including the PDP governors and I said only one or two of them have not joined yet.

“Since I made the statement, no governor has said something contrary to what I said. I am surprised that Asiwaju will now be speaking for the governors. He looks like somebody crying more than the bereaved. I did not see reason for the statement actually. But he commands my respect and I don’t want to join issue with the National Leader of my party.

“What I mentioned was for the governors and secondly what I said is support. The word I use is support that does not mean there will not be primary. Governors can only contribute only 37 votes, we still have over 5,000 votes up there. What I was talking about was governors. I was not talking about other party members. Governors alone do not determine the flagbearer of a party.

“If you recall, I said but for Buhari, I would have run for presidency of the Federal Republic of Nigeria. But I found in him a man credible and he still has four years term to do. I will allow him to complete and I will go back to my political trenches because I would still run for presidency anyhow. I consider myself young enough to wait until 2023 and I don’t hide my stand on any issue. But for now, my support goes to President Muhammadu Buhari.”

Although Buhari is yet to publicly declare his intention to seek a re-election, there are strong indications that a second term is in his books.