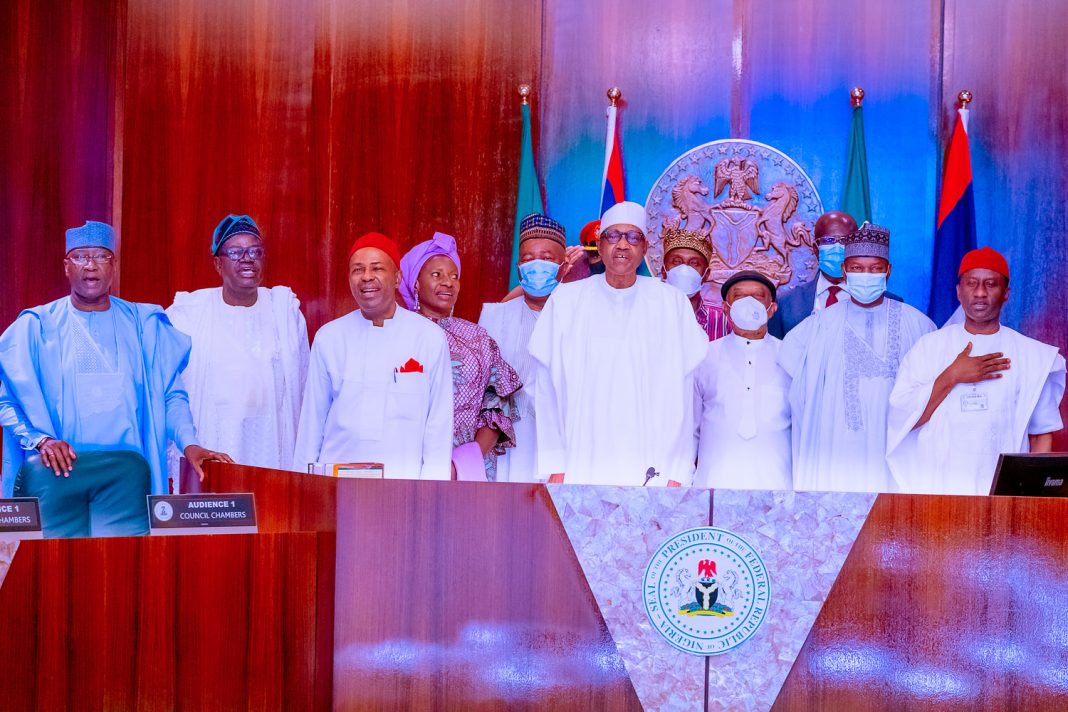 There are indications that President Muhammadu Buhari is not fully decided on the reassumption of some of his cabinet ministers who recently withdrew from the Presidential race to finish their term as ministers.

Recall that owing to the Electoral Act amendment, Buhari had directed all ministers interested in contesting the elections to resign on or before May 16th, 2022.

While about 10 of them had indicated interest to run for the presidency and gubernatorial positions, some rescinded their ambition to return to the Federal Executive Council to complete their tenure.

Ministers of Labour and Employment, Chris Ngige, Minister of State for Petroleum Resources, Timipreye Silva, Minister of Justice and the Attorney General of the Federation, Abubakar Malami including the Minister of Women Affairs, Pallen Tallen fell into the categories of ministers that rescinded their political ambitions.

On Wednesday, at the FEC meeting presided by President Muhammadu Buhari some of the ministers were in attendance.

But it appeared the President has not fully accepted them back going by explanations offered by the Minister of Information and Culture, Lai Mohammed.

In Mohammed’s words, “on the other question about ministers returning or not going, I think you need to give me more time so that I can tell you exactly what the situation is. Right now, I need to cross-check. I need to confirm again from Mr. President what the situation is. I think, you see the final decision on who is going, who’s coming back? Who’s not going lies with the President”.

Recall also that two ministers who made a u-turn in their interest in vying for gubernatorial and senatorial positions respectively in the 2023 elections, were part of the Federal Executive Council meeting, presided by President Muhammadu Buhari, on Wednesday.

While the Attorney General and Minister of Justice Abubakar Malami, was part of those physically attending the meeting at the council chambers, the Women Affairs Minister, Pauline Tallen, who was going for the senatorial seat in Plateau State, joined virtually.

Lai Mohammed had also told State House Correspondents that the President was on the verge of replacing the Minister who had left on account of their political ambition.