‘DWTS’ Does the ‘90s! See Who Went Home in the Double Elimination 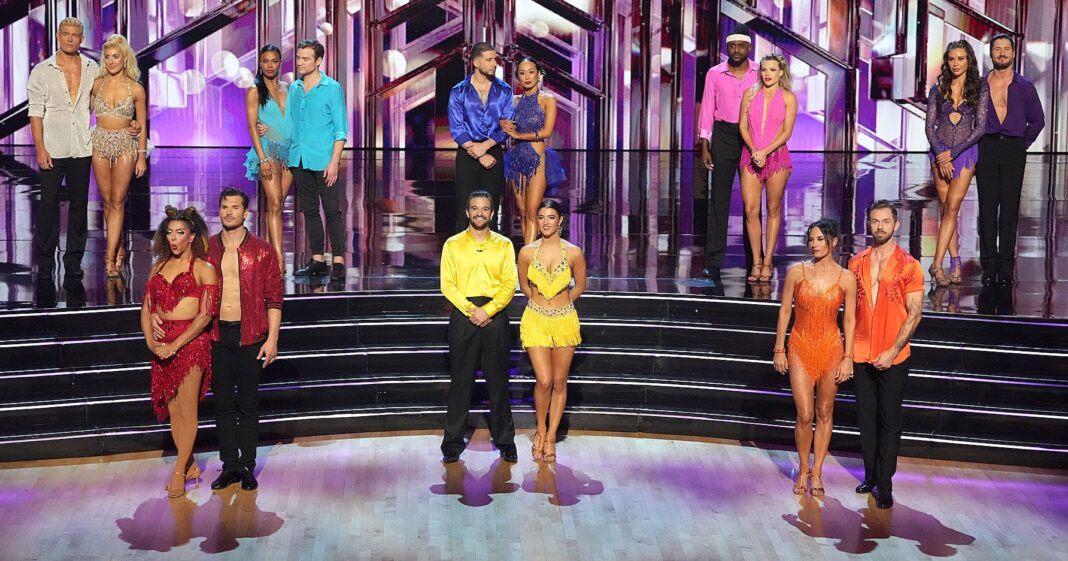 Dances from another decade! The Dancing With the Stars contestants performed to music from the 1990s during the Monday, November 7, double elimination episode.

After all the couples had a chance to perform, Heidi D’Amelio and Artem Chigvintsev had the lowest score of the night and they were eliminated. The judges then had a chance to save either Trevor Donovan and Emma Slater or Vinny Guadagnino and Koko Iwasaki. They unanimously voted to keep Donovan, 44, and Slater, 33, and Guadagnino, 34, and Iwasaki, 25, were sent home. The remaining six couples will advance to the semi-finals round.

In addition to the main competition, each duo also had a chance to earn bonus points from the judges during the relay dance battle round. The four winning couples were Shangela and Gleb Savchenko, Donovan and Slater, Wayne Brady and Witney Carson and Charli D’Amelio and Mark Ballas.

Donovan and Slater kicked off the evening, adopting the rigid movements of dolls for their rendition of “Barbie Girl” by Aqua. Derek Hough called the performance “perfectly plastic in the best possible way,” adding that he felt like he’d gotten “a preview of Ryan Gosling and Margot Robbie” in their forthcoming film, Barbie.

Although the couple didn’t match their near-perfect score from last week, the judges were still impressed. “You really have grown as a performer like there is no tomorrow,” Len Goodman told the 90210 alum.

For Brady, revisiting the ‘90s was a return to his glory days on the improv comedy show Whose Line Is It Anyway? “That [show] changed the orbit of my life forever. The ‘90s, I call that my come-up. That’s when I became a man,” Brady, 50, told Carson, 29, during rehearsal.

The comedian’s enthusiasm for the era showed through in his dancing and he earned praise from the judges. “That was your best dance so far. You were so relaxed and you were so on it,” Carrie Ann Inaba told the Let’s Make a Deal host of his Salsa to “Motownphilly” by Boyz II Men. “‘90s night, this is your night.”

Other contestants were just kids during the decade in question. Daniel Durant opened up to his partner, Britt Stewart, about his childhood and being adopted when he was 18 months old. “I was raised in Minnesota with my wonderful, beautiful two moms. People told me that my mom was deaf and that, it’s unfortunate, but she started doing drugs,” Durant, 32, told Stewart, 33.

The Coda actor explained that although he later reconnected with his birth mother, she lost her life to cancer. “To this day, I still feel regret. I feel stupid, I wish I had saw her more so I could save her or do something. But at the same time, I accept it,” the Colorado native shared, adding that it was “difficult and emotional for me to share this story.”

Another poignant moment in the episode came when Tyra Banks paid tribute to Aaron Carter, who competed on season 9 of DWTS in 2009. The “I Want Candy” singer died at the age of 34 on Saturday, November 5.

“This past weekend we lost Aaron Carter and the team here at Dancing With the Stars recalls the energy and the fun that he brought to this show, to this ballroom, and we offer our sincere condolences to his family,” Banks, 48, said.

Scroll through to see all the scores from ‘90s night. 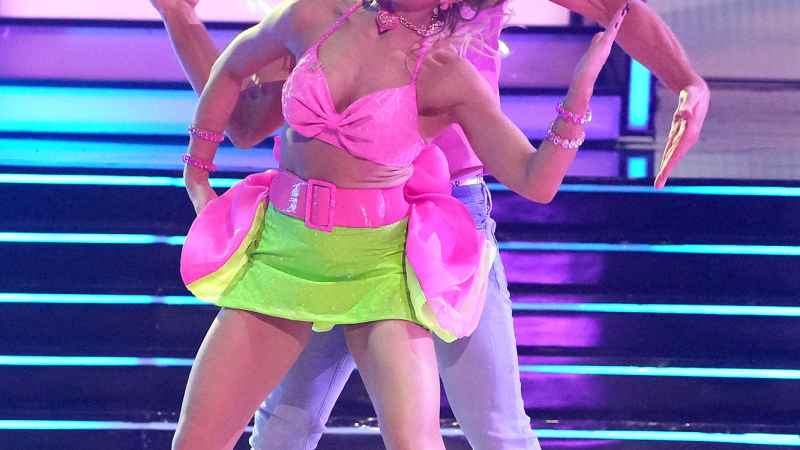 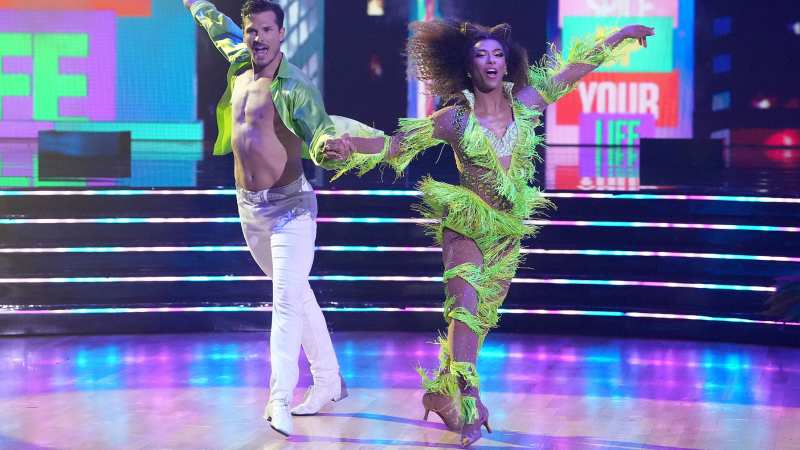 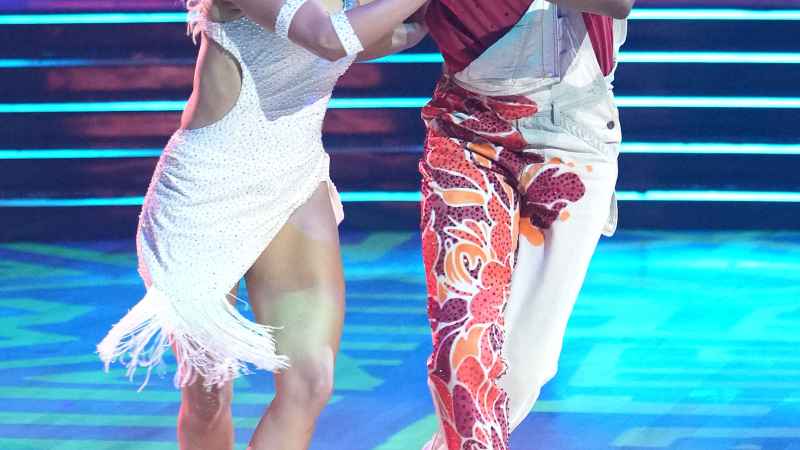 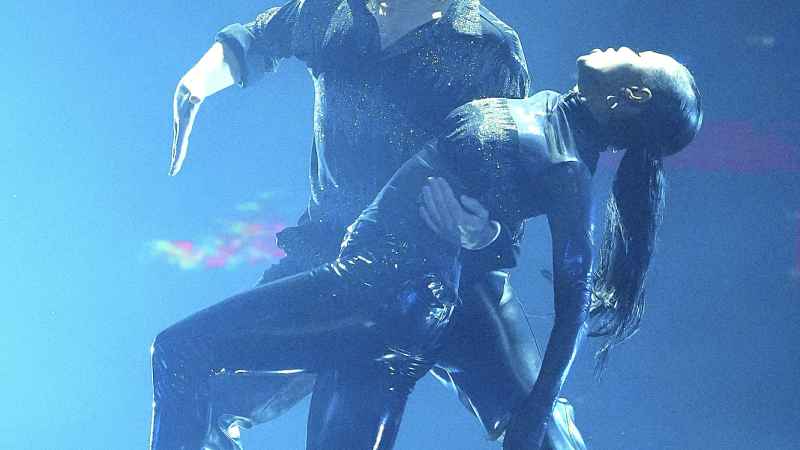 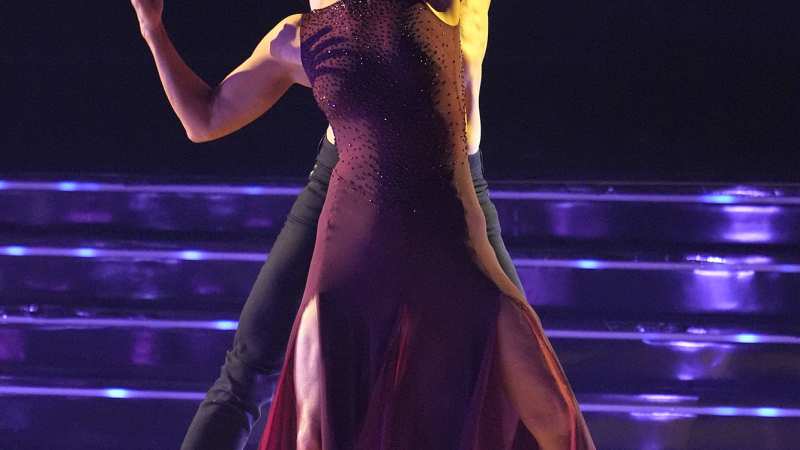 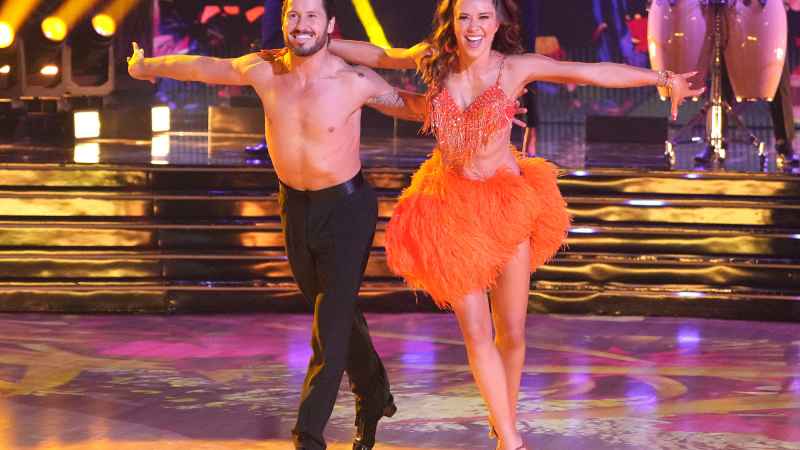 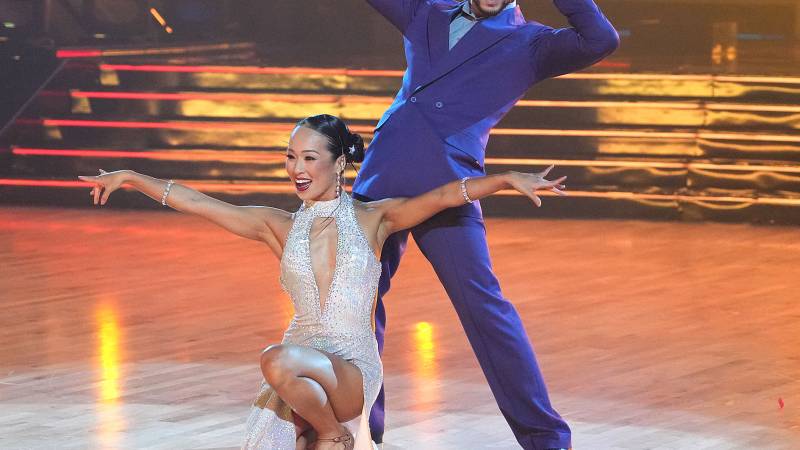 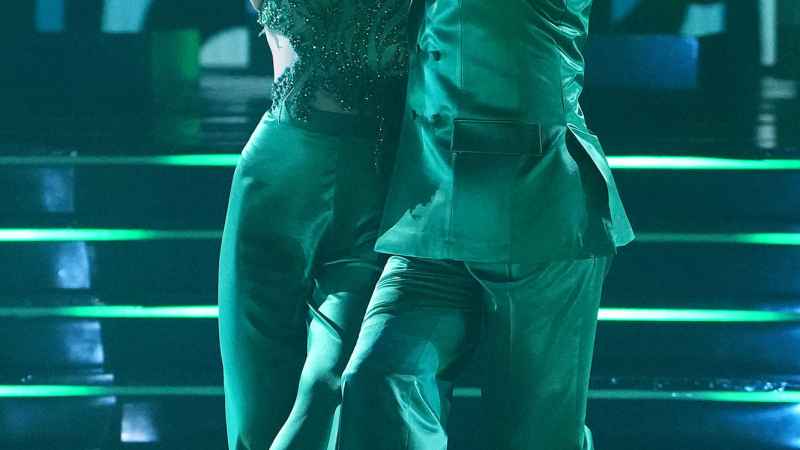