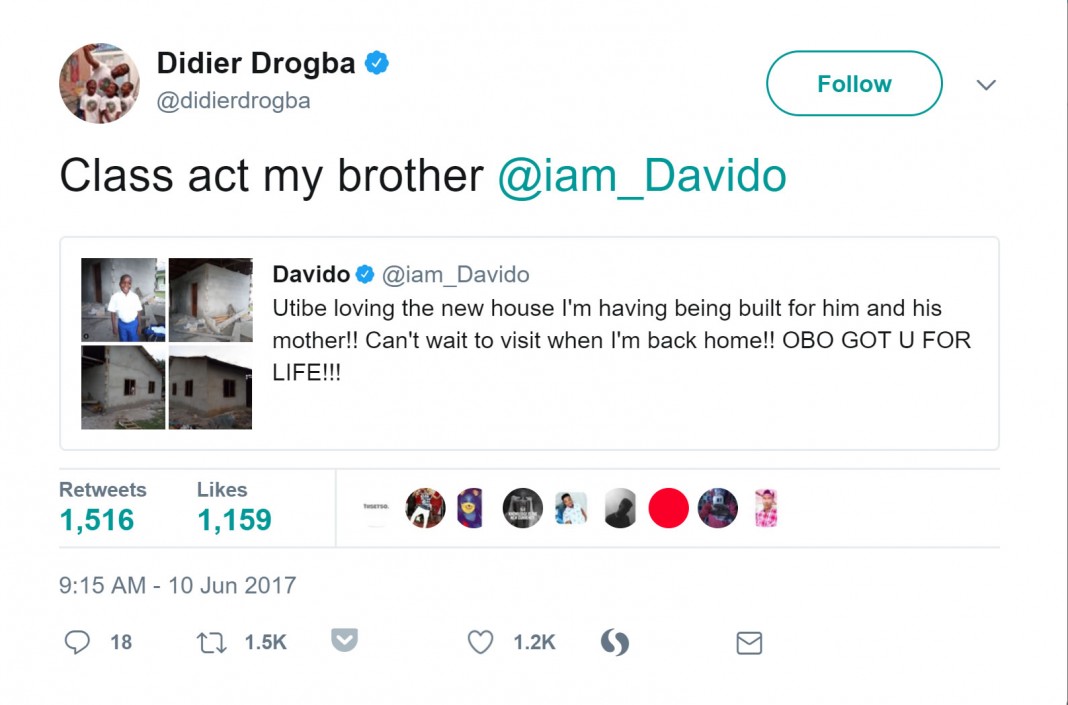 The two-time African Footballer of the year described Davido’s kind gesture as “class act”. He made the comment while replying to a tweet by the musician.

Davido embarked on building a decent house for the mother of Utibe, a young boy who arrested Davido’s attention when he was featured singing the musician’s hit song, ‘If.’

Utibe had been out of school and only passed the time miming songs.

A concerned neighbour had taken a liking to the boy, and uploaded him singing the musician’s song on the Instagram.

Davido became interested, and upon learning that the young boy was unable to enroll in school for lack of money, offered to sponsor him to the highest level of education the boy might wish to attain.

The news of Utibe’s video performance also came with the revelation that the boy’s mother, a single mom of four, is physically challenged and lived in a make-shift ‘house’ with her children. 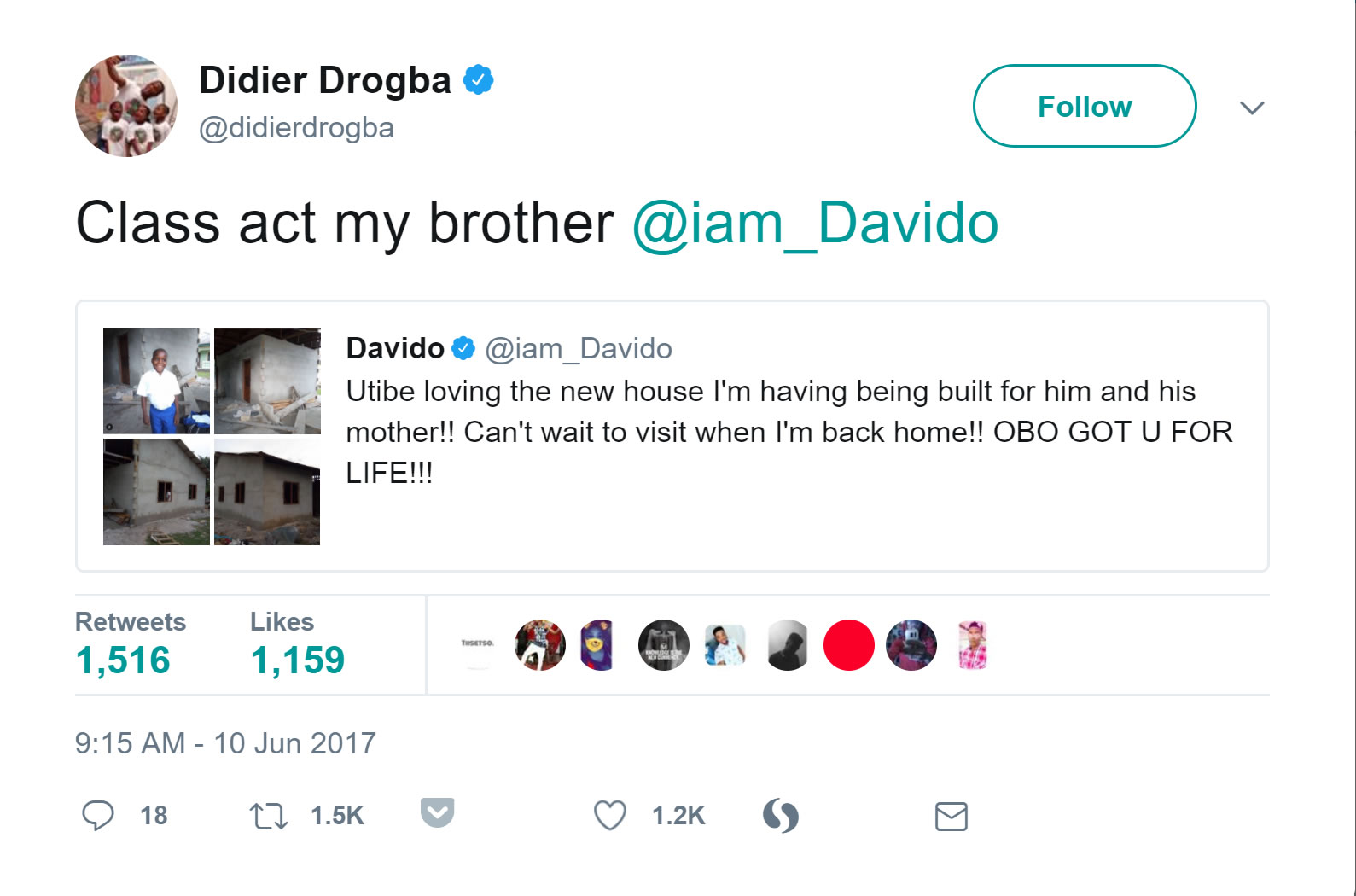 Davido responded to Drogba’s commendation by saying he was following his footsteps.

Learning from you big brother ?? https://t.co/TeQcyj41dH

Fans reacted by praying for the music star, urging him to do more.

“My brother Davido, you can do better please. Own a foundation like my big legend Didier. Nigeria need people like you,” @Nusdaniel wrote.