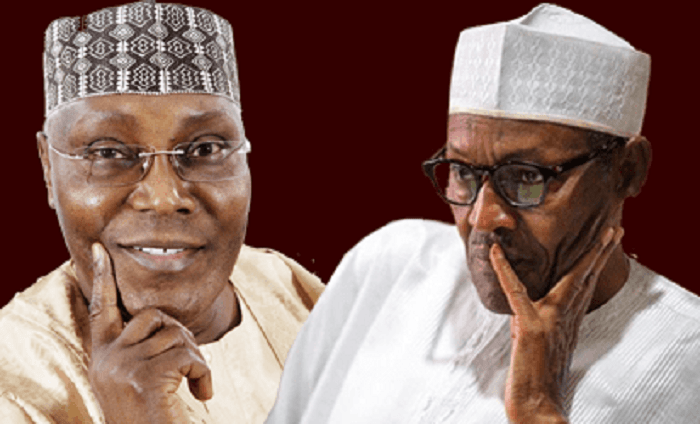 President Muhammadu Buhari and former Vice President, Alhaji Atiku Abubakar, will be engaging in a final battle of who leads Nigeria in the presidential election scheduled for tomorrow.

President Buhari overcame the power of encumbency when he defeated former President Goodluck Jonathan to emerge President in 2015.

While many Nigerians believe that the 2015 event which reasured the world of the stability and growth of democracy in the country, may repeat again, others feel it would be difficult for Atiku and the PDP to defeat Buhari and his All Progressives Congress party.

However, multiple polls carried out by multiple mainstream media and international research organization, social media and online have pointed to an impending victory for the Peoples Democratic Party, PDP, presidential candidate, Atiku Abubakar and his running mate, Dr. Peter Obi.

The feedback has positive towards the ability of Atiku and Obi to deliver growth, provide jobs and began the urgent task of lifting a large number of Nigerians out of poverty.

In October 2018, The Economist Intelligence Unit, EIU, the research unit of The Economist Magazine, predicted that the opposition Peoples Democratic Party, PDP, will defeat the ruling All Progressives Congress, APC, candidate in the upcoming 2019 presidential election.

According to the magazine “The 2019 elections will be a close contest between the ruling APC and the PDP. We expect the PDP presidential candidate to win.

“The next government is likely to be led by the PDP, the main opposition, potentially in a coalition with smaller parties.”

The polling firm had arrived at its conclusion working with data collected across Nigeria by its operatives through face to face interviews and using multi-stage stratification proportionate to the population sample responders who were interviewed on their preferences in English and local dialects as appropriate.