Buenos Aires is for Lovers: A Colorful + Urban Engagement Session in La Boca 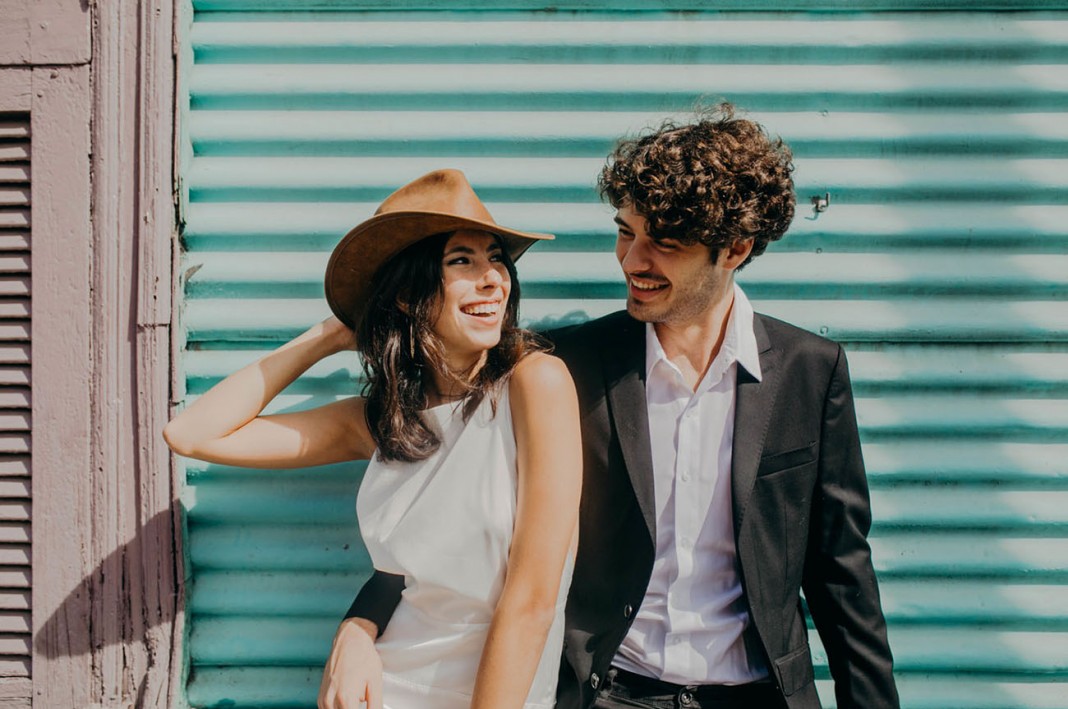 Today we’re whisking you away to Buenos Aires — the colorful capital of Argentina! Why? Oh just for a positively darling engagement session with a local Argentinean couple! If you haven’t visited Buenos Aires before, we’re pretty sure these photos will make you want to…

Introducing Ailin + Itni; the two met during a late night at an Argentinian party (which are notorious for *starting* at 1am and going on until 6am!). Itni went to school with Ailin’s cousin and when she [Ailin] saw him talking to her cousin that night, she asked to be introduced, immediately. The rest is history. 🙂

When they met with their photographer, Weddings by Nato, they were brainstorming about cool places to take epic engagement photos when it dawned on them that La Boca in Buenos Aires was perfect! You’ll see why in a minute. Now let’s take a look!! Ailin rocked a gorgeous white gown from ASOS, along with an ultra-cool leather hat. Want to steal her look? Here are a few of our faves: Nato shares La Boca is a colorful town lined with shanty houses, brimming with laughter and pulsating with tango beats. With their upbeat personalities full of Argentinian spice it ended up being the perfect place to capture their love! How’s your Spanish? La Boca means ‘the mouth’ in English, and this neighborhood was name so because it’s situated at the mouth of a major river. La Boca used to be composed solely of shipyards, along with the houses of people who worked there. However, those houses were unique in their own right — built with cast-off ship building materials, such as planks, sheet metal, and corrugated iron, La Boca’s architecture has a unique character. The neighborhood of La Boca retains a strong European flavor, with many of its early settlers being from the Italian city of Genoa. Artistic murals + quotes are abundant in this area making it the perfect backdrop for engagement photos! And congrats to you, Ailin + Itni!!