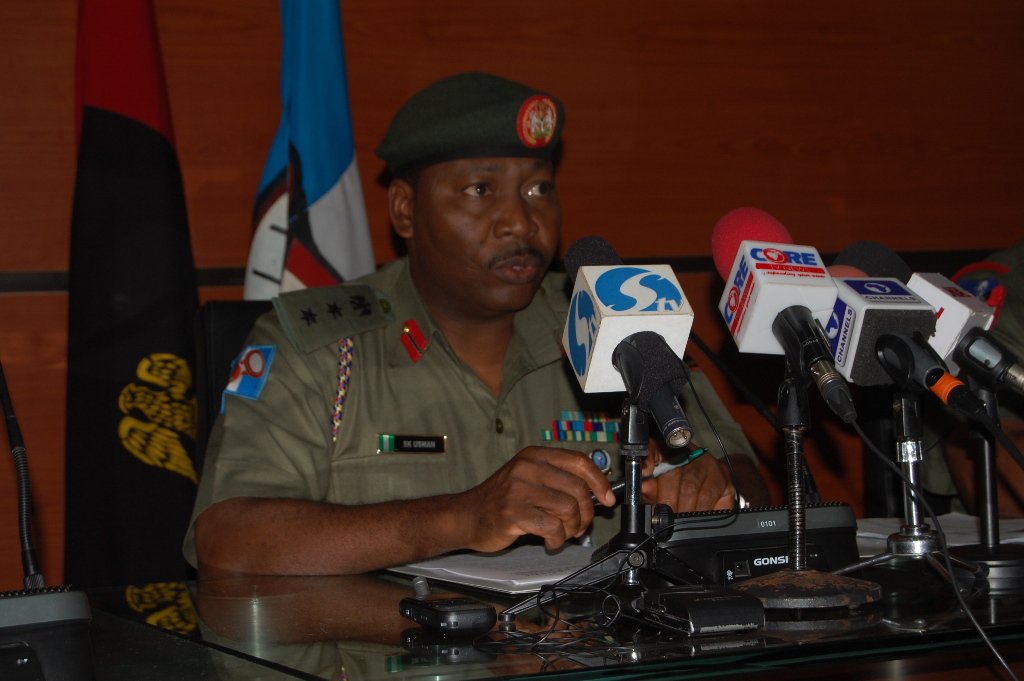 Army Spokesman, Brig-Gen. Sani Usman, disclosed this on Sunday in a statement issued to journalists in Abuja.

According to him, the suicide bombers, a male and a female, on a mission to infiltrate the garage hurriedly, detonated one of their suicide vests upon sighting troops of 195 Battalion on patrol.

Usman further said the incident, which occurred at about 8pm on Saturday, left no fewer than five members of the Civilian Joint Task Force, CJTF, injured.

The statement reads: “Two Suicide Bombers (Male and Female) on a mission to infiltrate Muna Garage Maiduguri, hurriedly detonated one of their suicide vests on sighting troops of 195 Battalion on patrol at about 8 P.M on 1 December 2018.

“Unfortunately, five members of Civilian Joint Task Force (CJTF) on duty at the market were injured in the explosion.

“Subsequently, the area was cordoned off and the Explosive Ordinance Device Team were drafted to defuse the other unexploded vest, while Borno State Emergency Management Agency and the Red-cross evacuated the mutilated body parts of the suicide bombers.

“The wounded persons were rushed to 7 Division Hospital for medical attention.”