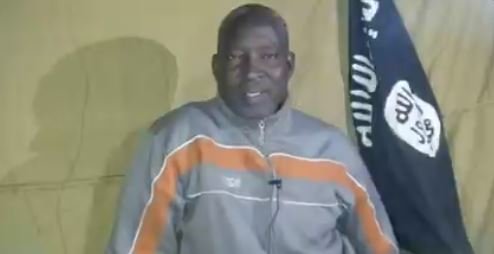 The spokesman for the CAN President, Rev. Bayo Oladeji, confirmed this to The wowplus on Tuesday.

“It is unfortunate what has happened. A statement will be issued soon,” he said.

The news was first broken by journalist, Ahmed Sakilda, on Twitter on Tuesday.

“To break some news items can traumatise. I’m battling with one of such. Reverend Andimi, abducted by Boko Haram was executed yesterday. Rev. Andimi was a church leader, a father to his children and the community he served. My condolences go to his family.”

Andimi, who was declared missing on January 2, 2020, had in a video published on January 5 confirmed that he was in the custody of Boko Haram.

Andimi had pleaded with the Adamawa State Government and the CAN leadership to come to his rescue.

He was not maltreated by his captors as they were taking good care of him.

The cleric, who spoke in Hausa and English intermittently, urged his family not to be afraid, adding that he would return home safely if it is the will of God.

“I have never been discouraged because everything is in the hands of God. God who made them to take care of me and leave me alive will touch them… So, I am appealing to fellow reverends particularly my President, Rev. Joel Billy, who is a strong man of love that he will do his best to speak with our governor and other necessary agents for my release.

“These people (Boko Haram) have been doing well to me. They have been feeding me with what I want to eat and they provided me with a nice place to sleep, a blanket and everything. So, they have not done anything wrong to me and I believe that God, who made them to act in such a way, is still alive.

“By the grace of God, I will be together with my wife, children, and colleagues and if the opportunity has not been granted, then maybe it is the will of God. All well-wishers and colleagues should be patient. Don’t cry, don’t worry but thank God for everything.”