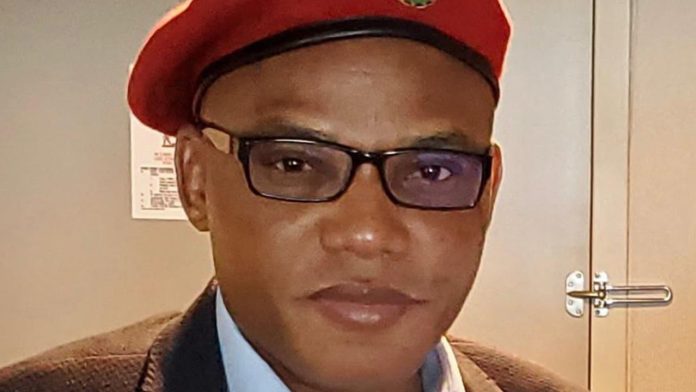 Human Rights Writers Association of Nigeria, HURIWA, has asked the United Nations to visit Nnamdi Kanu, leader of the Indigenous People of Biafra, IPOB, in the custody of the Department of State Services, DSS.

The rights group said it was worried by some reports and allegations of torture being made by the detained IPOB leader.

Following the persistent complaints by Kanu of being maltreated in the cells of the DSS which have constantly been denied by the agency, HURIWA said it was now important that the UN, through her Country Representative, pays a monitoring visitation to the detention facility of the DSS to ascertain the veracity or otherwise of these consistent complaints by the leader of IPOB.

HURIWA said that there are allegations that the secret police is flouting Justice Binta Nyako’s order that it allows Kanu to change his clothes and has continued to starve the IPOB leader, according to his lawyer and human rights activist, Ifeanyi Ejiofor.

HURIWA said it was disconcerting that the DSS, which is a creation of the law, can deliberately flout the binding orders of a court of competent jurisdiction as alleged by the lawyers.

For this reason, the group said it was “urging the United Nations, the European Union, the British Hogh Commission to visit and inspect the situation of the detainee, Kanu.”

HURIWA said although it is aware that the DSS has on many occasions denied those sets of allegations made by the legal representatives of Kanu, the frequency of the complaints should merit a high profile visit by the International organizations in Nigeria such as the

UN, EU and World democracies such as the diplomatic officials from Embassies of powerful nations with representation in Nigeria.