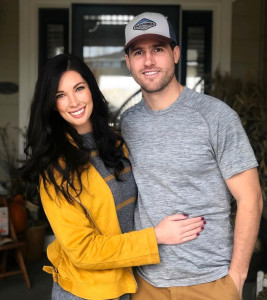 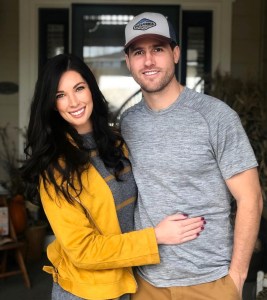 He put on a ring on it! Bachelor Nation’s JJ Lane is engaged to former NFL cheerleader Kayla Hughes.

“She said YES!!!” the former investment banker captioned a photo of himself down on one knee in Hawaii on Monday, January 28. “I can’t wait to marry my best friend, my love, and the woman that has made me better since the day we met!”

Hughes also shared a snap from the proposal on the social media platform. In the pic, she shows off her new diamond ring and shares a kiss with her new fiancé. “Does this ring make me look…. ENGAGED??!!!” she wrote. “I said yes to the man of my dreams and can’t wait to spend the rest of my life with my best friend.?”

Lane and Hughes went public with their relationship in September 2017.

Lane is the father of daughter Gemma, whom he shares with his ex-wife, Heather. While competing for Kaitlyn Bristowe’s heart on season 11 of The Bachelorette in 2015, he admitted he cheated on Heather during their marriage.

“I made a mistake that basically has destroyed my life. I lost everything. I lost my wife. I lost my daughter half the time,” Lane told Bristowe during the season. “Everything I had worked hard for was gone with one bad, terrible decision.”

After coining the phrase “villains gotta vill” with pal Clint Arlis during The Bachelorette, Lane won over the hearts of viewers during season 2 of Bachelor in Paradise after he left Mexico to pursue a relationship at home.

Bachelor Nation Couples Who Got Together Outside the Show