“#mcm,” the 31-year-old special education teacher captioned a selfie of herself and Wolf on vacation in Boca Raton, Florida, on Monday, January 28. 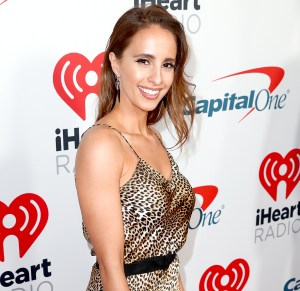 Vanessa Grimaldi arrives at the 2019 iHeartRadio Podcast Awards Presented by Capital One at the iHeartRadio Theater LA on January 18, 2019 in Burbank, California. Joe Scarnici/Getty Images for iHeartMedia

Us reported on Wednesday, January 23, that Grimaldi was seeing the the director of outreach and programming in the Quebec and Atlantic Canadian region for the Centre for Israel and Jewish Affairs. The reality TV personality teased her status update on January 18, telling Us exclusively that she is “dating someone” and her new relationship is “very exciting.”

Bachelor Nation Couples Who Got Together Outside the Show

Grimaldi got engaged to Nick Viall during season 21 of The Bachelor. Five months after the finale aired, however, the twosome called it quits in August 2017.

“We gave this relationship our all and we are saddened that we did not get the fairy-tale ending we hoped for,” the pair said in a joint statement to Us Weekly at the time. “We will continue to be there for each other no matter what. This hasn’t been an easy decision, however, as we part ways, we do so with lots of love and admiration for each other.”

Following the split, Grimaldi revealed in April 2018 that she was dating someone outside of Bachelor Nation. She told Us earlier this month that Wolf was not the man she was referring to at the time.

The Bachelor After the Final Rose: Pics

Viall, for his part, told Us in December that he has “no timeline” for finding a girlfriend.

“It’s one of those things — you date, you see what happens,” the 38-year-old said. “I still hope to meet someone someday. That could be tomorrow, that could be in five years.”