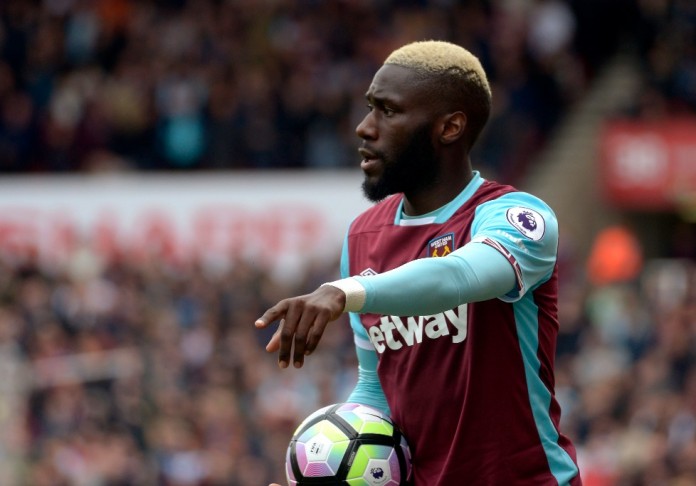 Arthur Masuaku has been given a six-match ban by the FA for spitting towards an opponent during West Ham’s FA Cup fourth-round defeat at Wigan.

The winger was shown a straight red card after the incident, which took place in the 49th-minute of the 2-0 loss at the DW Stadium on Saturday and involved the Latics’ Nick Powell.

Masuaka, who will miss Premier League games against Crystal Palace, Brighton, Watford, Liverpool, Swansea and Burnley, was widely criticised for his actions, including by West Ham manager David Moyes.

The 24-year-old issued a public apology on social media on Sunday.

“I want to say sorry for my actions yesterday – I let down my team-mates, the manager, coaches, board and the fans,” Masuaku wrote on Twitter.

“I am very sad because the manager and coaches have put a lot of faith in me but I will work very hard to try and win that back.

“It was in the heat of the moment and out of character for me but I know it was totally unacceptable and I will learn from the first red of my career.”

Spitting carries a mandatory six-game suspension and Masuaku is now to be out until the middle of March, further depleting a Hammers squad that has a string of injuries.

Moyes had said following the defeat: “Ultimately, Arthur, what he’s done, was despicable. He will deserve everything he gets and he will get something off us as well.

“It’s unacceptable, totally unacceptable. The referee (Chris Kavanagh) doesn’t see it and can’t see it. So it was the players’ reaction that got him sent off. Ultimately they got the right decision so I can have no qualms about it.”