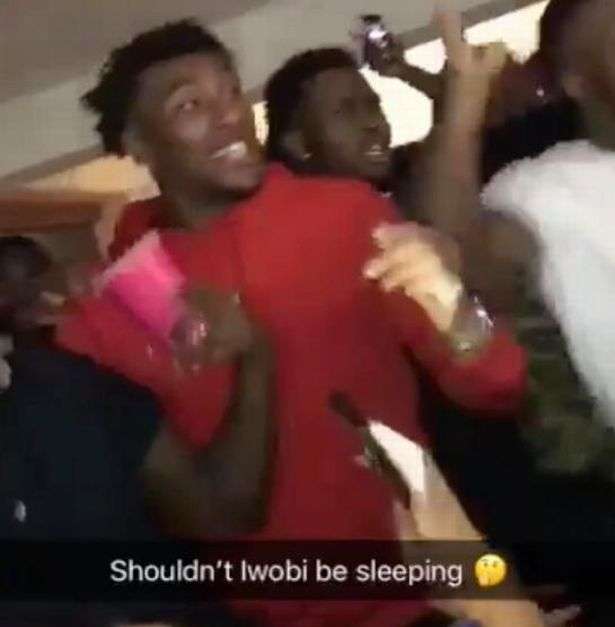 Iowbi was filmed screaming and dancing as he partied wildly into Saturday morning.

Super Eagles star Alex Iwobi partied all through the night before Arsenal’s shocking defeat to Nottingham Forest on Sunday, January 7.

Arsenal were dumped out of the FA Cup in the third round by Championship side Forest who shocked many by beating the Gunners 4-2.

The 21-year-old who played 90 minutes in the game was pictured partying all through the night before the FA Cup clash.

According to the UK Sun, Iwobi was at a ‘wild drug-fuelled house party’ in Soho, Central London.

The Nigeria international was filmed screaming and dancing as he partied wildly till about 3. 30 am of Saturday.

The party that held in a rented Airbnb was so loud that neighbours complained about the noise.

The midfielder was heavily criticised by Arsenal fans following the defeat and a source told Sun that the partying may have affected his performances.

play Iwobi struggled all through the game (AFP)

“Maybe his partying had something to do with it. He shouldn’t be up that late,” the source is quoted to say.

Although a host of people at the party was filmed smoking cannabis and inhaling laughing gas,  it is not known if Iwobi did drugs at the party.

A Snapchat video emerged of the player at the party which is captioned; “Shouldn’t Iwobi be sleeping?”

The player and Arsenal have yet to comment on the report.

Iwobi’s struggles this season seems to be compounded by his off field issues as Arsenal midfielder Jack Wilshere recently revealed that the Nigerian player is the most fined player for latness.