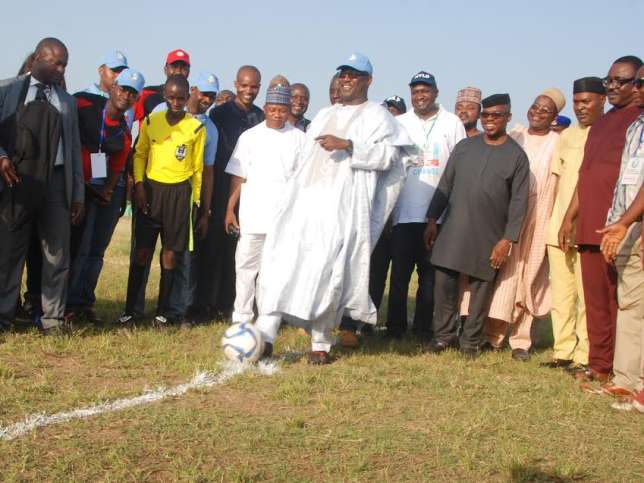 The football championship is APC’s initiative targetted at endearing the party to Nigerian youths.

The All Progressives Congress (APC) has initiated a nationwide football tournament for youths within the party.

The week-long event kicked off in Abuja on Wednesday, November 22, 2017.

He noted that Nigeria is blessed with various sporting talents, stressing that all hands need to be on deck to harness them into super stars to be reckoned with worldwide.

He canvassed for the tournament to be extended to the ladies within the APC.

“I have been assured by the youth leader that this will be extended to the ladies for gender balance,” he said.

Jalo said the tournament is part of the APC’s move to initiate and implement strategic programmes that would endear the party to Nigerian youths.

“This competition would bring out hidden talents in football which can be showcased to the world for future benefits to the individuals and the nation at large,” he said.

Highlights of the event include freestyle footballing and entertainment by various music and dance groups.