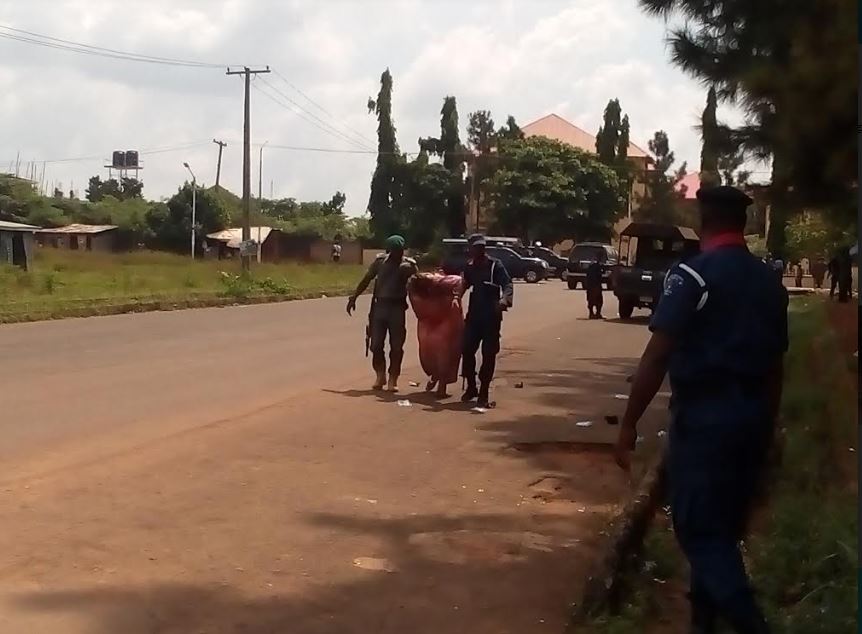 Tension has continued to rise at the Anambra State House of Assembly, following attempts by factions of the House to reconvene for legislative duties.

Maduagwu who surfaced later and briefed journalists denied being removed. She later held a separate plenary and adjourned to same date as the first group.

But attempt by both groups to reconvene today (Thursday) was faced with stiff opposition as security officials deployed to the complex restricted movement.

Shooting, however, erupted when some thugs mobilised by unknown politicians attempted to gain entrance into the complex, resulting in heavy shooting of canisters of teargas.

A member of the Assembly, Hon Beverly Ikpeazu representing Onitsha south 11 state constituency was caught in the shooting, resulting in her breaking down.

Ikpeazu was first stopped by security agents who denied her entry into the Assembly, but shortly before she could introduce her self, a hail of teargas meant for touts caught her.

She was helped into the complex by security agents who aided her inside.

As at the time of filing this report, journalists were still barred from entering the complex, while most offices in the Assembly complex had been locked by police officers, while the hallowed chambers remain shut.

Speakers of both factions of the Assembly have arrived the complex with their supporters.