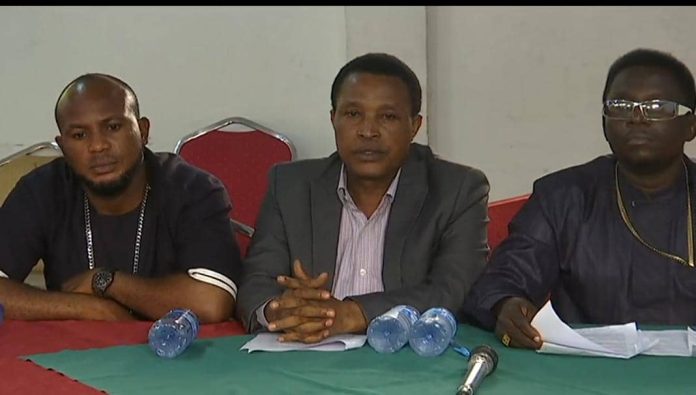 The Bishops and clerics at the unveiling of former Borno Governor, Senator Kashim Shettima as the running mate to the presidential candidate of the All Progressives Congress (APC), Asiwaju Bola Tinubu have said they did not represent the Christian Association of Nigeria (CAN).

The clergymen while addressing journalists at a press conference on Monday in Abuja under the auspices of the Muslim-Christian Love Foundation insisted that they never portrayed themselves as emissaries of CAN at the event.

It would be recalled that the attendance of the clergymen at the unveiling sparked media controversy and insinuations that they were hired by the ruling party to impersonate Bishops and by extension CAN, to give credence to the Muslim-Muslim ticket.

The clerics who noted that their churches have existed for several years named their congregations to include; “Christian Revival Evangelical Mission Worldwide of Apostle Godwin Livinus; the Divine Prophetic End Time Gospel Faith in Kubwa, Bishop Dr. Emeka Theodore; the Light House of all Nation Ministry of Bishop Emmanuel Sunday Jayeola.”

The clerics, however, decried attacks and harassment they endured over their participation at the event, insisting that it was their democratic right to make a political choice.

The Secretary of the group, Bishop Adams King explained that their identification with Senator Kashim Shettima and the APC was informed by his transformation of Borno State and even-handed management of social relations, including the protection of rights for all regardless of religion, whilst he was the Governor of the state.

They noted that Shettima took the mantle of the state at a difficult time marked by terror attacks and deadly insurgency, adding that his “mature, cautious, and decisive” management of the state’s affairs helped preserve the social fabric that held several communities together and reassured members of the Christian faith that the government remained committed to their freedoms and wellbeing.

They said: “These contributions and sincere commitment to the constitutional obligation to uphold the rights of all without prejudice or bias qualify Senator Shettima as a brother and an ally in their quest to promote peaceful inter-faith relations in the country.”