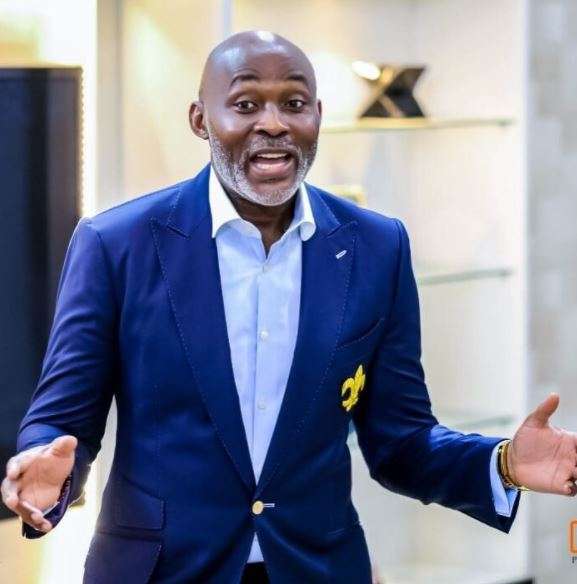 5 Nigerian media personalities who could run for President

If Oprah Winfrey listens to Twitter, she may run for President. Here are 5 Nigerians in the media who could pull the same thing off.

Oprah Winfrey’s majestic, inspiring acceptance speech at the Golden Globes has got social media asking if she can be president in 2020; it has us wondering if there are any Nigerian media personalities who could also run for President.

Oprah is one of the most well-known names in world media. After building a massive audience with her talk show, Oprah, she has created her own media network and become one of the strongest voices in Black America.

On the home front, there are a few personalities who have also built considerable influence.

play Oprah is seen holding the Cecil. B. Demille award she won at the Golden Globes (AFP/File)

These individuals have success stories that motivate us on gloomy days and their reach is wide enough that they are known outside the media space alone.

We don’t know if they could actually win an election, because,  corruption and sturvs. But they can’t beat anybody for trying, so here are 5 media personalities who we think could run for president of the federal republic of Nigeria.

Described by Forbes as “Africa’s most successful woman”, the former oil executive has built a small empire with Ebonylife TV in the last few years.

In a space that is characterised by male dominance, her success is a source of motivation to young girls and women.

Mo Abudu is known as a stern, no-nonsense businesswomen, a trait that she combines with an endearing, motherly personality.

Her background in human resources and personnel management would also be useful in managing the madhouse that is Nigeria’s government.

Abudu is the founder of The Inspire Africa Foundation, a human investment organisation which raises funds to implement society-transforming initiatives.

In January 2009, the Inspire Africa Foundation alongside Moments with Mo, the Lagos State Government and UNICEF held a television marathon and a benefit concert with the theme “Rock with a Conscience”.

Donations from the concert have gone towards the protection of street children.

So, yes, she has already done more than many Nigerian politicians. If she does decide to run, it will be a good day for women who are poorly represented in Nigerian politics.

Another person who would put joy in the hearts of women by running for the office is the original King Woman, Kemi Adetiba.

Kemi Adetiba enjoys a strong reputation that she has built as a multimedia creative.

play Kemi Adetiba is a strong voice for women’s rights and a role model to young female creatives. (KING WOMAN)

You may know her for music videos like Olamide’s “Sitting on the Throne”, or for her seminal television show, “King Woman”, or even more notably, for the original “Wedding Party” movie.

All of these successes are complemented by an aura of confidence and self-assurance that can be intimidating.

It may be a couple of years down the line but if she does, she would sweep the baby girl vote without wincing.

We’re pretty certain that the common sense senator has thought about this a number of times.

Ben Murray Bruce has some experience of how the creaky Nigerian political machine works, having led the Nigerian Television Authority in the 1990s.

Since getting elected to the Senate, he has been very vocal in his criticism of the system and how Nigeria is managed by the present generation of leaders.

His common sense activism has gotten him love and hate in equal measure. Some believe his solutions are obviously practicable; others believe he is needlessly clueless.

If he does run in the near future, we will have more than enough opportunity to see which side is right.

The music icon has tried his hands at representing the popular will of the people once when he ignited support for an anti-government protest.

That didn’t go down too well, but there’s no reason to think he won’t try again. Tubaba enjoys a level of goodwill that few Nigerians throughout history can boast of.

play Tubaba has been involved in civil and election activism for a while. His #VoteNotFight campaign is most popular. (Twitter)

Over the years, his music has touched on the stories of average Nigerians and his success has endeared him to a generation that watched his rise and another that embraced him as an ageless veteran.

If he does decide to run, he should know that his escapades prior to marriage will make good debate material but of any Nigerian musician of his generation can swing the popular vote, it has to be Tubaba.

One look at the man and you see one who already has the carriage of a president. Although he has a long, storied acting career, RMD’s experience beyond the small screen is mostly unknown to many.

After he started his career on the 80’s television show, Ripples, he had a stint with Concord Newspapers and Metro Magazine as a reporter.

RMD is also one of the few media personalities with experience in public service.

He has served as Commissioner of Tourism in Delta State, but if he will dip his feet into the presidential race, the full range of his abilities (plus that obvious charisma) will come in very handy.

7 New Year’s resolution we never keep
Networking platform releases nominees for the Woman Of The Year award 2017
Cossy Orjiakor Our Drama Queen is back with more bosom After being away from the public eye for a while now, this actress is finally back with more booby ransom to give away.
‘Atleast I f**ked for iPhone 6 not indomie – Young Nigerian girl brags on Facebook
Ha, whose mother/sister or aunty is angrily flaunting her breasts on social media?
WTH? 10-year-old becomes the youngest sugar daddy and he’s sponsoring a model way older than him
Franken ’embarrassed and ashamed’ over groping allegations
14 amazing things Meghan Markle can’t post once she’s a Royal
Nigerian student jailed for raping 12-yr-old girl in the UK Another Nigerian student in a UK university has been sentenced to five years in prison for raping a 12-year-old girl he met on the Internet.
Marturion Cinema opens in Lagos
‘Let me buy fake Gucci with fake money to beautify my fake life’ – Hushpuppi mocks his former friends and haters
‘My name is Kunle Remi and not Adesua’s ex’ Nollywood actor reacts to reports claiming he was once Mrs Wellington’s boyfriend
Golden Globes 2018 Best Dressed Males
Fuel Scarcity Prof. Soyinka attacks FG
Ivanka Trump gets slammed for tweeting in support of Oprah’s rousing Golden Globes speech
“The Wedding Party” Do we need another sequel?
Trump on Oprah: I’d beat her in 2020
VP Osinbajo takes selfie with market women and children at Ikenne
In Poland Pole dies after setting himself on fire in protest Passers-by tried to put out the flames with fire extinguishers, but the man was rushed to hospital in a serious condition