“The Wedding Party” Do we need another sequel? 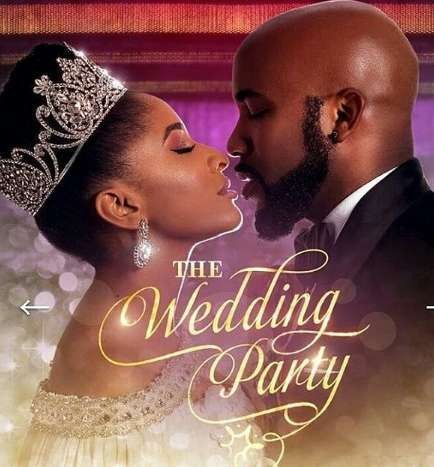 “The Wedding Party” Do we need another sequel?

With “The Wedding Party 2” now in cinemas, it seems a threequel is inevitable.

Back in 2016, Kemi Adetiba’s “The Wedding Party” hit it big at the box office, grossing over 400 million naira to become the highest grossing Nollywood movie yet.

The impact of the its success stretched to almost every wedding-themed film made in the last one year.

These days, very few successful movies go free without a sequel, so it didn’t come as a surprise when a second installment titled “The Wedding Party: Destination Dubai” was produced and released a year later.

This time, Niyi Akinmolayan takes over from Adetiba as the director, and the core cast returns alongside a lot of unnecessary new additions.

With “The Wedding Party 2” now in cinemas, it seems a threequel is inevitable.

The box office success of the original movie wasn’t the only hint that we were in for a sequel that would explore a relationship between Deadre and Nonso.

“I can’t wait for the day my Nigerian Prince comes and sweeps me off my feet,” the former said to her friend Yemisi in the original movie, teasing a sequel.

Just as in the first movie, the recently released sequel has introduced the possibility of a  relationship between Yemisi and Sola. Suddenly, Yemisi  has lost her hostile attitude, warming up to Sola and establishing a friendship that offers a hint to a possible sequel’s storyline, if ELFIKE Film Collective decides to make one.

During the press screening, MO Abudu was asked about the possibility of a third part. She laughed it off and asked that fans focused on the just released sequel.

But do we need “The Wedding Party 3?

No, we honestly don’t. But it will probably happen with or without the audience’s consent. And it will still make a lot of money, irrespective of how good, average or horrible it turns out.

From a business perspective, “The Wedding Party 3” is a necessity. The first movie made over 400 million naira. And the second movie, still on a success streak, made 100 million naira in its first three days. So why not a third part?

Unlike the recently released sequel, a third part would have to leave behind certain core characters that have so far carried the franchise.

Tinuade, Bamidele, Wonu, Obianuju, Felix Onwuka and AY Makun as the MC would have no relevant place in the story. But you see, if you take away the focus from the vibrant family and friends, you’re left with a plot, universe and lead characters most viewers don’t actually know or care that much about.

Should there be “The Wedding Party 3?”