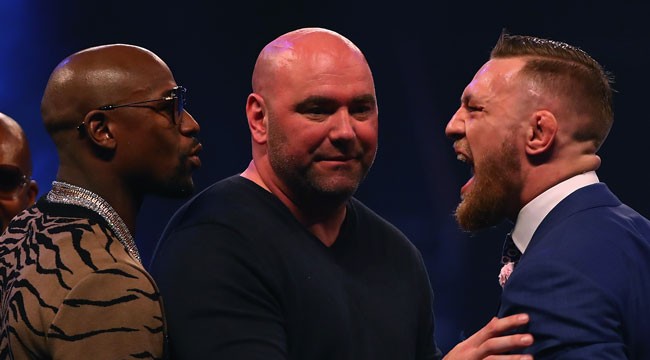 Less than nine hours before Floyd Mayweather and Conor McGregor are expected to get in the ring, plenty of tickets are still available on the primary market to buy a seat at T-Mobile Arena.

A count of tickets still available on Ticketmaster revealed more than 1,700 seats. The arena box office opened at 10 a.m. and offered those in line tickets with face values of $1,500 for nosebleeds all the way to $10,000 ringside.

The T-Mobile Arena’s website lists 20,000 as its capacity for boxing fights, though the number could be reduced by the number of media members given credentials for the bout.

While the supply available this late suggests that tickets weren’t priced perfectly, it’s still an impressive market for a fight that has no real belt on the line.

Officials with Mayweather’s team and WME/IMG, which owns the UFC and Conor McGregor’s contract, said last week that they were confident that the fight would break the all-time boxing ticket sales record of $72.2 million, owned by Mayweather-Manny Pacquiao. Saturday’s fight is helped by the fact that it is in an arena with 3,000 more seats.

On the secondary market, the greatest values to be had have been the top of the lower level seats, where $5,000 face-value tickets have been bought for as little as $1,500.

It’s not clear who is taking the loss on those seats, whether it’s the promoters or brokers, who bought them hoping to sell them for more.

The highest transaction on the site was a person who bought four ringside tickets for $104,444, including fees.

There were also 12,500 tickets sold at $150 a piece for the closed circuit viewing of the fight at MGM properties, according to MGM spokesman Scott Ghertner.