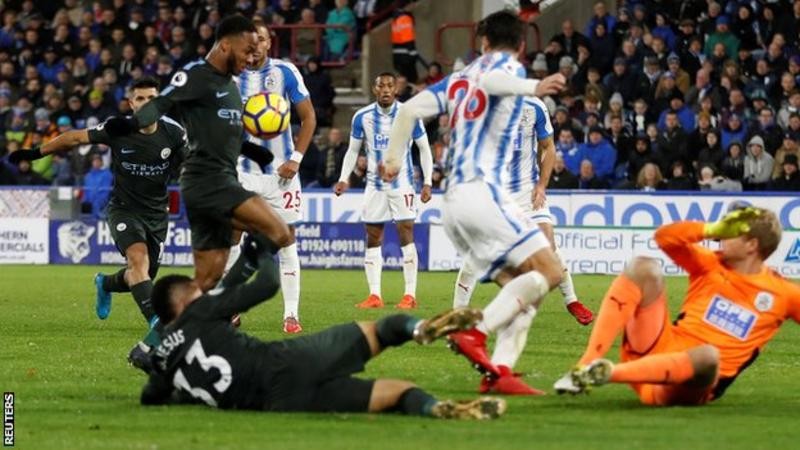 Cristiano Ronaldo won’t need to do much scouting ahead of Portugal’s opener at next year’s football World Cup in Russia as the reigning European champions landed in the same group as Spain.

Friday’s World Cup draw at the State Kremlin Palace in Moscow just happened to fall on a national holiday in Portugal — Dec. 1 marks when the Portuguese celebrate the restoration of independence from Spain in 1640.
Ronaldo of course plays his club football for Real Madrid, so is bound to face several of his teammates on June 15, including central defender and Spain captain Sergio Ramos. It could be tense, since reports in Spain suggest a rift between the pair.
However, the Portuguese, who won Euro 2016, and 2010 World Cup titlist Spain will be fully expected to advance from Group B, which also includes two teams specializing in clean sheets: Morocco and Iran.
World Cup draw as it happened
Morocco didn’t concede in World Cup qualifying while Iran set a record for keeping 12 consecutive clean sheets in the qualifying — under Portuguese Carlos Queiroz, formerly manager at Real Madrid. 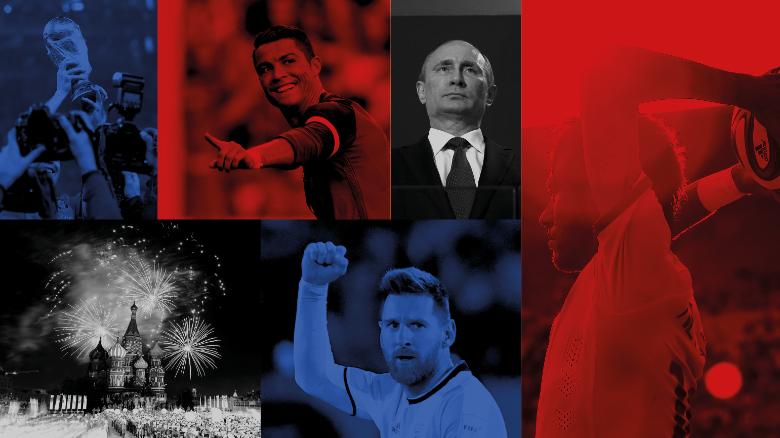 Elsewhere debutantes Iceland were given a fairy-tale opener against Lionel Messi’s Argentina in Group D, with defending champion Germany landing in a relatively tough group, paired with Mexico, Sweden and South Korea in Group F. Messi’s countryman Diego Maradona was one of those assisting host Gary Lineker in the draw, dressed in a dark suit with yellow bow tie.
Russian President Vladimir Putin spoke at the draw and promised the World Cup would be a “major sporting festival” but Friday’s proceedings unfolded against the backdrop of allegations of widespread doping in Russian sport.
Earlier Friday, Russian Deputy Prime Minister Vitaly Mutko denied that a state-sponsored doping program ever existed, despite last year’s McLaren report — commissioned by the World Anti-Doping Agency — finding that more than 1,000 Russian athletes over five years were involved in cover ups. 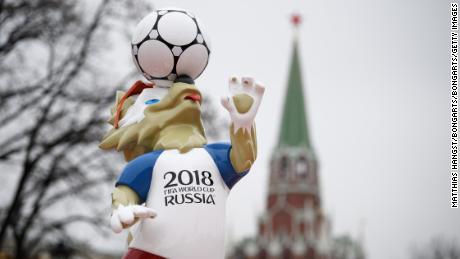 The 2018 FIFA World Cup Draw in Russia 03:00
Mutko was the Minister of Sport between 2008 and 2016 and is the head of Russia’s World Cup organizing committee. There are claims by Grigory Rodchenkov — a doctor who admitted to taking part in the affair — that he knew what was going on.
READ: Russia urged to come clean
The International Olympic Committee has banned more than 20 Russian athletes who competed at the 2014 Winter Games in Sochi, Russia, the latest three coming earlier in the day.
“I’m happy to go to any court, any disciplinary committee, anyone and I’ll be happy to talk about the fact that there has never been and will never be any state programs related to doping in this country, we do not need that,” Mutko told reporters at a press conference.
“We are open and transparent and we are working with everyone in authority but also listen to what we are saying. We are playing by the rules.”
Next week the IOC is expected to decide whether Russia will be allowed to compete at February’s Winter Olympics in Pyeonchang, South Korea, having issued a partial ban on Russia at the 2016 Summer Games in Rio. About one-third of the original delegation weren’t allowed to participate.

If the allegations have been a negative for Russia, the football squad is likely to be positive with the draw, the host pitted with Saudi Arabia, Egypt and Uruguay in Group A. Russia and Saudi Arabia were the two lowest ranked nations in the proverbial hats.
Iceland — one of the two newcomers at the World Cup along with Panama — is the smallest ever nation to qualify for the World Cup with a population of about 335,000. But they shouldn’t be discounted as easy fodder, since Iceland reached the quarterfinals at Euro 2016 after beating England.
Group D might be the toughest, since Croatia and Nigeria are the other two teams. Nigeria — the youngest team to qualify for the World Cup — beat Argentina 4-2 in a friendly last month. Argentina and Nigeria have been regular opponents at the World Cup, meeting five times.
Non European or South American nations will have a difficult time triumphing in Russia, since none has ever won the World Cup.
Germany — the second youngest squad — will confront Mexico, which has advanced to the knockout phase in its last six World Cup appearances. Sweden knocked out World Cup veterans Italy in the European playoffs. 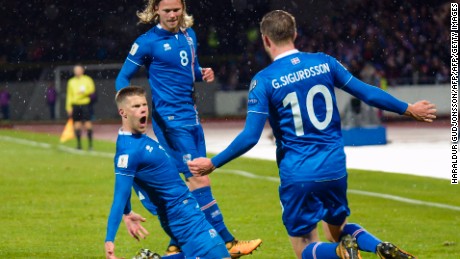 ‘There’s a few sore heads in Iceland’ 02:39
Brazil are the record five-time champions but were left reeling following a thumping 7-1 defeat to Germany on home soil in the semifinals at the 2014 World Cup.
Since appointing Tite as manager however Brazil has flourished and appears to have gotten a tame group, given Switzerland, Costa Rica and Serbia in Group E.
Former German international midfielder Didi Hamann though thinks that a Germany-Brazil encounter in the second round isn’t out of the question. That would happen if one finishes first in the group and the other comes second.
“I think they’re both tricky groups,” Hamann told CNN. “I think Brazil and Germany could have had it a little bit easier.
“I think there is every chance that either of them doesn’t finish top. I hope they avoid each other because it would probably make a good semi or final.”
Who has the most difficult group? Have your say on our Facebook page
Visit CNN for more sports stories 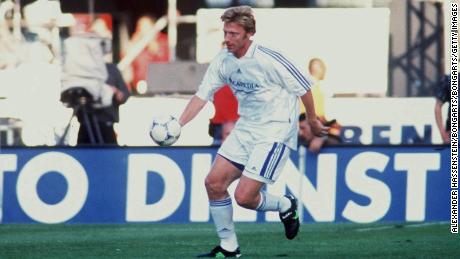