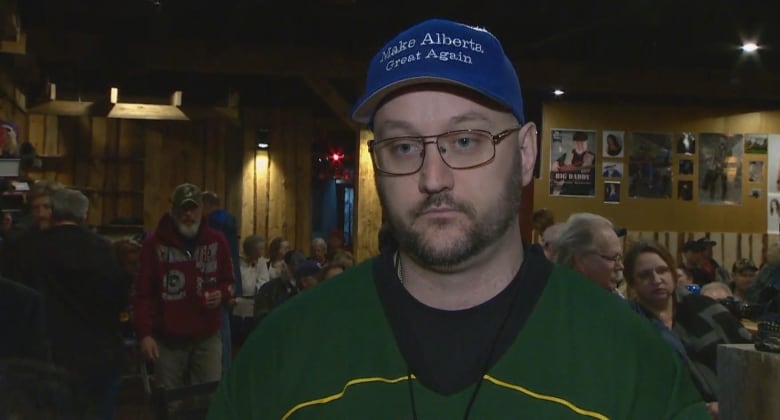 What’s Canada without its western provinces? For hundreds of people who rallied in Alberta’s capital on Saturday, it’s the dream.

About 700 people attended Saturday’s rally and more than 262,000 people are members of the Vote Wexit Facebook group.

He cited carbon taxes, equalization formulas and a “direct attack on western Canadian industry” as a few of the main gripes separatists have with the federation.

“We will not allow ourselves to be divided. We’re going to make Alberta great again, and that is when we cut ourselves off from the leach that is eastern Canada,” said Downing, sporting a blue Make Alberta Great Again ball cap.

Downing said Wexit is often associated with conservative politics, but it’s neither a left-wing nor right-wing movement.

“It is for everybody except for eastern Canada,” he said.

The organization plans to register as a political party, and Wexit Alberta will start drafting the province’s first constitution in the near future, he said.

“We are not, as Albertans, going to sit around and wait on the government to give us a welfare cheque. It’s not happening,” he said.

But saying it’s going to happen and making it happen are two very different things.

The lengthy separation process requires an Ottawa-approved referendum, and even if secessionists were to win, they’d have to work with Ottawa to sort through a long list of issues, including ownership over Crown land and military bases.

Rally attendee Joan Bjornson said she wants to “take back the power.”

“Until people wake up and realize that you, the people, have the power [and] this land belongs to you, we are not going to go anywhere,” she said.

Peter Kafda also attended Saturday’s rally but isn’t sold on Wexit, saying some of the plans in the charter are reminiscent of a communist dictatorship.

“Separation is our only bargaining chip. I don’t really support the fact of splitting because this country, I mean, all the people are great,” he said.

“But we do have to get some power back.”