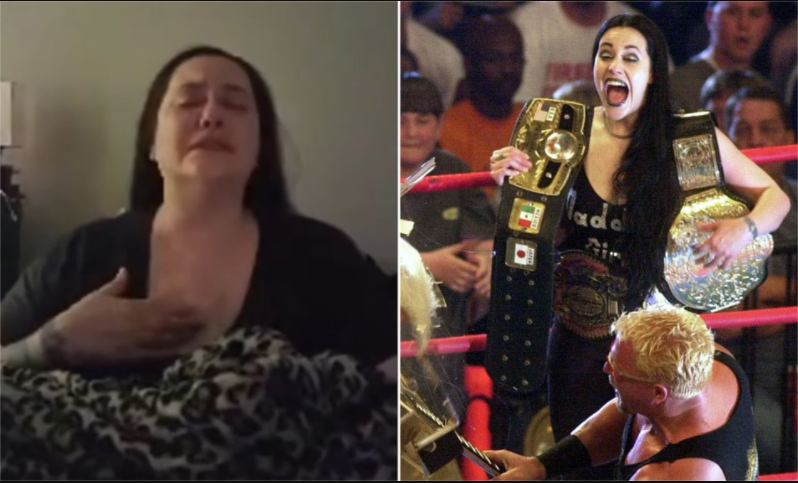 Former WCW champion Daffney Unger has been found dead following a desperate search by her friends after posting a disturbing Instagram live video. She was seen holding a pistol.

The wrestler, known as the Scream Queen, was found dead at her residence in Norcross, a small city northeast of Atlanta, on Thursday morning, September 2, from an apparent suicide, according to close friend and fellow pro wrestler Lexie Fyfe.

‘She was found very early this morning,’ a tearful Fyfe told the New York Daily News. 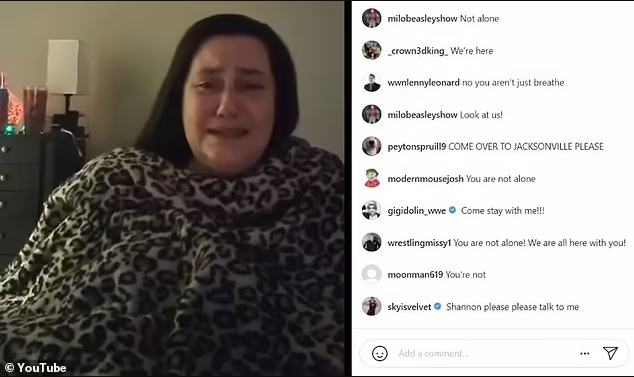 She later could be heard in the footage saying, ‘Remember, my brain goes to Boston.’

The disturbing footage sparked a desperate search for her whereabouts by friends and law enforcement.

Retired pro wrestler Mick Foley posted a tweet, asking people to help out if they knew where Unger was.

‘If anyone has a way of reaching Daffney Unger or knows her address, please help out. She’s in a bad personal place and is threatening to harm herself. My phone call went straight to voicemail,’ Foley tweeted.

Sean Ross Sapp, the managing editor of popular wrestling website Fightful.com, later tweeted: ‘Her family have been reached, and have her current address. She’d moved in the past couple of weeks. Police have been dispatched.’

Aubrey Causey, an investigator for the Gwinnett County medical examiner, didn’t reveal the details of Unger’s death but said it likely happened on Wednesday night.

In a new tweet on Thursday, Foley wrote: ‘I’m so very sorry to learn of Daffney’s passing. A terrible loss for her family, friends, and wrestling. She was far ahead [of] her time in our business. #RIPDaffney’.

Fyfe posted: ‘This last act, I don’t want it to define her. She would always want people to reach out for help and check in on those they’re worried about. We’re going to miss her.’

Unger, whose real name is Shannon Claire Spruill, debuted in World Championship Wrestling in 1999, as she was known as David Flair’s girlfriend at the time, who is the son of the famous, former wrestling world champion, Ric Flair.

She rose to fame after winning the WCW Cruiserweight title in May 2000 and later performed for Total Nonstop Action Wrestling, playing the role of former Alaska Governor Sarah Palin.

Share
Facebook
Twitter
WhatsApp
Pinterest
Linkedin
ReddIt
Email
Print
Tumblr
Telegram
Mix
VK
Digg
LINE
Viber
Naver
Previous articleNkechi Blessing questions why couples bring their “dirty linen” to social media for “people who do not give a hoot about them”
Next articleAnnieIdibia/2face: Do not marry a woman that is heavy on social media- Singer HarrySong advises young men