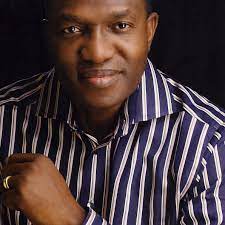 With Andy Uba as a running candidate, the impending governorship election in Anambra State, the All Progressives Congress (APC) may add another state to its list of states under its control, particularly in the Eastern part of the country.

INEC announced the timetable and schedule of activities for the election in a statement issued on Tuesday in Abuja by its Chairman, Information and Voter Education Committee, Festus Okoye.

Mr. Okoye said that the commission met on Tuesday and deliberated on the forthcoming election.

“Under Section 178(1) & (2) of the Constitution of the Federal Republic of Nigeria, 1999 (as amended) and Section 25(7) & (8) of the Electoral Act, 2010 (as amended), election into the office of a State Governor shall hold not earlier than 150 days and not later than 30 days before the expiration of the term of office of the last holder of the office.

Anambra State’s number one citizen contest to replace Governor Willie Obiano is getting more interesting by the day.

Senator Andy Uba, a candidate of the All Progressives Congress (APC), is considered the candidate to beat in the governor’s race.

Senator Andy Uba, the All Progressives Congress (APC) candidate in the governorship election, could benefit from the opposition parties’ crisis.

It appears that the opposition Peoples Democratic Party’s crisis is either unresolvable or not being addressed, as the party’s national body is also embroiled in a political rift. As a result, APC candidate Senator Andy Uba has a great chance to win the Anambra state governorship election.

Another possibility is that the All Progressives Congress (APC) could use Anambra’s irreconcilable political differences as an opportunity to keep its house together and do everything legitimately possible to win the governorship election.

It is also worth noting that senator Oduah’s recent defection could help the All Progressives Congress (APC) gain enough votes to elect the next governor for Anambra State as well.

She was Nigeria’s former minister of aviation and senator, so her political majesty should not be underestimated.

Sen. Stellah Oduah‘s defection to the All Progressives Congress (APC) may help the party attract more members of the opposition parties to cross over (APC).

All Progressives Congress (APC) lawmakers in Anambra State have recently defected from the All Progressives Grand Alliance (APGA). This could be another sign that Senator Andy Uba is serious about his political career.

Read Also: Comedienne Real Warri Pikin narrates how she went ahead to marry her husband after he told her he doesn’t have a car and earns an N30k salary

Senator Andy Uba’s chances of winning the upcoming governorship election in Anambra State have improved due to the number of defections from other parties to the APC.