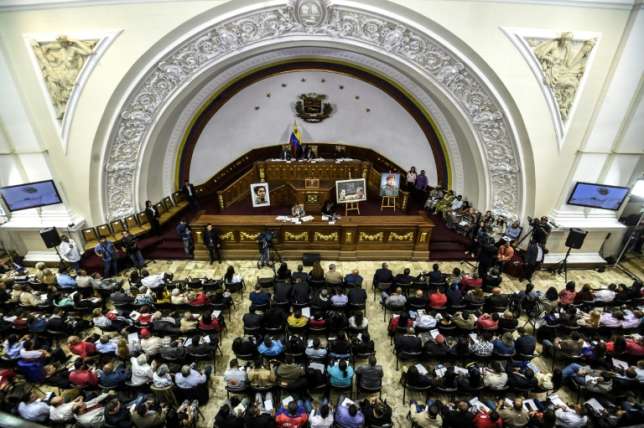 Tomas Lucena was travelling by car with his wife in the city of Velera when a motorcyclist pulled up and shot him several times, according to reports.

Lucena — member of the assembly for the western state of Trujillo — was seriously injured and taken to hospital, where he died soon after.

The murder was denounced by the head of the governing body, Delcy Rodriguez.

“We condemn the vile murder of assembly member for Trujillo, Tomas Lucena. We extend our condolences to his parents, children and friends,” she wrote on Twitter.

Rodriguez added those responsible for the crime “will be punished” though she did not specify the circumstances nor the motives of the killing.

“Nothing will stop the Constituent Assembly and its defense of Venezuela,” she said, suggesting that the motive may have been political.

The Constituent Assembly was set up last year by President Nicolas Maduro at the height of an opposition campaign to depose him, with the aim of usurping the power of the opposition-dominated National Assembly.

Venezuela is in the throes of a deepening crisis caused by falling oil prices, spiraling inflation, and corruption that has decimated the oil-rich South American country’s economy.

Trujillo governor Henry Rangel said he had received Maduro’s “full support” to clarify the facts of the killing.

“We will not allow this crime to go unpunished,” Rangel wrote on Twitter.