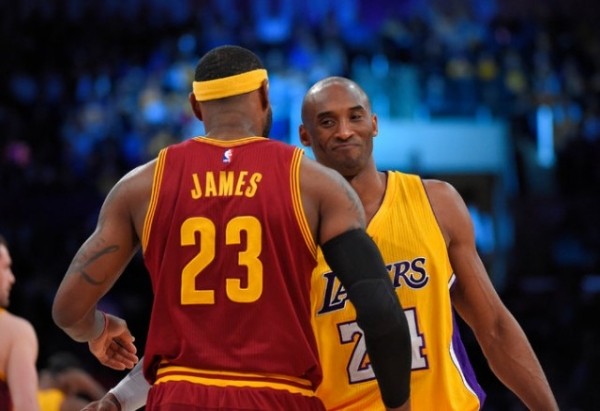 The jerseys say USA, though that’s about all that will be recognizable.

When the U.S. men’s basketball team returns to action later this month, fans might be left wondering, “the red, white and who?”

The Americans are cautiously entering a whole new basketball world, one in which not only are the best U.S. players not available, but neither are any in the NBA. LeBron James, Kevin Durant and the stars might show up in a few years for the Basketball World Cup and Olympics, but only if a group of minor leaguers can get them there.

It’s all part of FIBA’s new qualifying format and the road starts at the AmeriCup 2017. It’s a tournament the Americans don’t need to win – and aren’t sure they can – but one they have to play to make themselves eligible for the events that will matter.

Even the Americans’ best-known commodity is a bit of an unknown now.

Jeff Van Gundy coached in the NBA Finals and is analyst for them every year on ABC, but he’s leading the U.S. team as an international basketball rookie. He is busy brushing up on the nuances of a game that can be played and officiated completely differently than in the U.S.

He begins Thursday in Houston for training camp, where he will seek the 12 players who will travel to Uruguay and possibly Argentina for the AmeriCup and the potentially better-prepared opponents who wait.

“What we have to do is match and exceed their passion, how hard we play, how together we are as a group,” Van Gundy said, “because when the U.S. has not succeeded in international competitions, it’s because there wasn’t as much maybe sacrifice as you need, or maybe you were deficient in one skill that was important.”

It’s the Americans’ first appearance in the former FIBA Americas tournament since 2007. Their starting lineup in that romp to gold – James, Kobe Bryant, Carmelo Anthony, Jason Kidd and Dwight Howard – was one of the strongest the U.S. has ever assembled.

The 17 players in camp with Van Gundy include Kendall Marshall, Reggie Williams, Darius Morris and Marshall Plumlee, players good enough to play in the NBA but not stick.

The Americans haven’t needed to play in their zone championship since because they’ve won every Olympic and world title, exempting them from qualifying. But FIBA has revamped its qualification system to look more like soccer’s, where national teams will play home-and-away games against teams in their pool.

But some of the windows are during the NBA season – the opening games are scheduled for Thanksgiving weekend – and players under NBA contract won’t be permitted to play. So the Americans plan to primarily use players from the NBA G League, with perhaps some who have been playing overseas.

International NBA players could play for their countries in the AmeriCup Aug. 25-Sept. 3, but just like their American colleagues, they will not be able to represent their countries during the NBA season.

Ford considers the prospective players a notch below the NBA, calling them “survivors, grinders, competitors.” That’s far from the level that suited up for Mike Krzyzewski for a decade or would play for Gregg Popovich in 2019 and 2020, but Van Gundy is eager to work with them in his first coaching assignment – not counting his daughter’s youth league – since he was fired by the Rockets in 2007.

“There’s very few LeBron James of the world – obviously one – or great players who have it easy. These guys’ careers have not been easy and so I really admire their persistence, their grit and their determination,” Van Gundy said. “To get to work with them and coach them, that was part of the pull for me.”

With limited time and options, the Americans know the AmeriCup could be a challenge. Ford said they hope to reach the semifinals in Argentina and see what happens from there.

They will need to start winning come the FIBA Basketball World Cup Americas qualifiers in November when they open their first-round pool that includes Puerto Rico, Mexico and Cuba.

The U.S. has to finish in the top three there, playing their other windows of games in February and June-July, to advance to another pool that will include three teams among Argentina, Panama, Paraguay and Uruguay, from Sept. 2018 to Feb. 2019.

Another top-three finish then would clinch their spot in China in 2019.

They will have a deeper field of candidates later who will be in shape from playing with their G League teams. But, they also could lose a player they like if he plays well enough for them in August to get a contract in the NBA or overseas.

There are many uncertainties, though Ford said there is one constant.