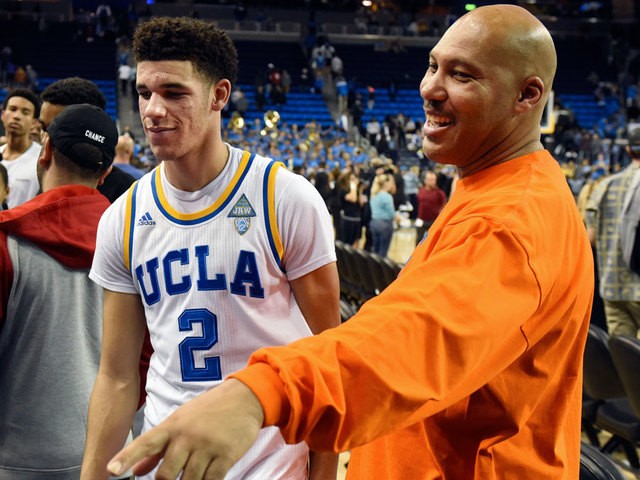 The Foot Locker commercial begins with likely lottery picks Jonathan Isaac, De’Aaron Fox and Jayson Tatum discussing examples of how their dads have supported them. Then it shows Ball saying “of course there’s that big day when your dad berates your high school coach in front of an entire crowd for not getting you enough touches.”

Later in the commercial, Ball references LaVar Ball’s debates with ESPN’s Stephen A. Smith and proclamations that Lonzo already is better than 2014-15 and 2015-6 NBA MVP Stephen Curry.

Ball is expected to be one of the top picks in the June 22 draft in Brooklyn, New York.