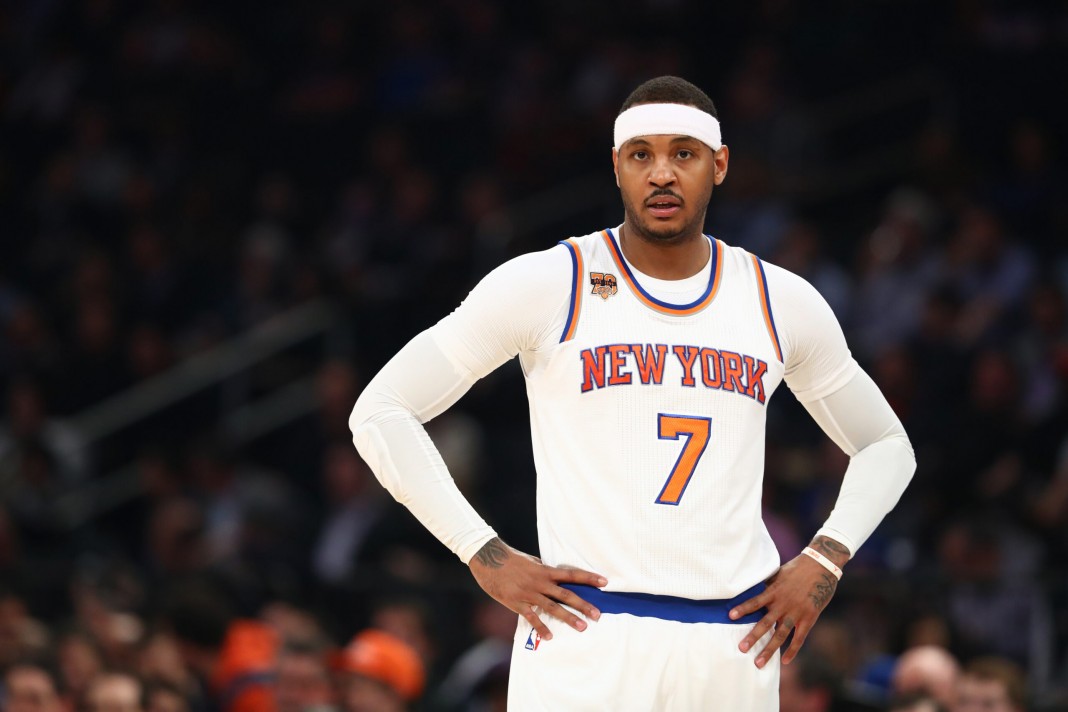 ESPN’s Adrian Wojnarowski reported on Sunday that Knicks All-Star Carmelo Anthony would consider waiving his no-trade clause if he could join the Cleveland Cavaliers or Houston Rockets.

Houston has been proactive in pursuing possible trade scenarios for Anthony lately, though its discussions around the league have yet to gain traction on a deal, league sources said.

The arrival of All-Star guard Chris Paul to join MVP runner-up James Harden has catapulted the Rockets into contention for Anthony and established his interest in joining the Rockets, sources said.

Cleveland has remained a preferred destination for Anthony because of the presence of LeBron James.

Anthony had been a consistent target of former Knicks president Phil Jackson, who had been pushing for Anthony to waive his no-trade clause and leave New York. After Jackson’s firing last week, the Knicks have maintained a stance of wanting significant assets back for Anthony in a trade and have resisted the idea of a contract buyout, league sources said. Sources said the Knicks are trying to avoid long-term salary commitments to older players.

In discussions with Houston, sources indicated that the Knicks have been reluctant to consider taking on forward Ryan Anderson, who is owed $61.3 million over the next three years.

Anthony, 33, is under contract for two more seasons at roughly $54 million. He has a kicker that would pay him an additional $8 million in the event of a trade.