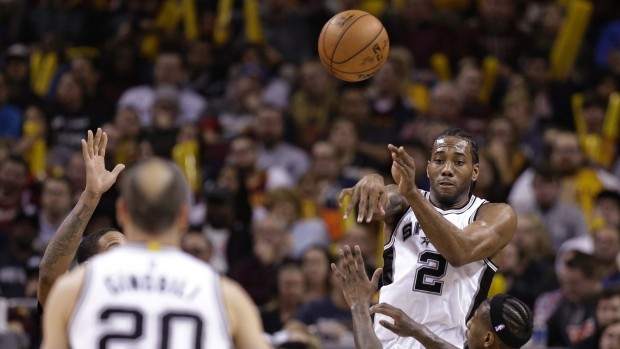 The Utah Jazz led from wire to wire Monday evening, capping off the first night of the 2017 Utah Jazz Summer League with a 87-74 victory over the San Antonio Spurs.

Utah’s backcourt duo of Danté Exum (18 points) and No. 13 overall pick Donovan Mitchell (23 points) was simply too much for the Spurs to handle.

Exum was on fire right from the opening tip, sinking his first four shots (including two 3-pointers), dishing an assist and absolutely rejecting a Bryn Forbes floater. He banked in a jumper at the second-quarter buzzer to finish the first half with 16 points.

Exum finished the game with 18 points, six rebounds and five assists and one block.

After delighting the crowd with a high-flying dunk exhibition during warmups, Mitchell didn’t disappoint during the game, hitting nothing but net on his first professional shot (a three from the wing). In the second quarter, Mitchell rose up for a rebound in traffic and then took the ball down the floor, muscling away San Antonio’s Dejounte Murray en route to a layup on the other end.

“[Mitchell] did a great job of making plays for others, and defensively he had to chase Forbes, which isn’t easy,” Utah Jazz Summer League coach Alex Jensen said. “Donovan’s one of the kids who will want to be in here early tommorow in the gym shooting. He loves to play.”

Mitchell made it look easy in his first professional game, wowing the crowd with a healthy mix of fast-break layups, pull-up jumpers and no-look passes. He shot 10-for-17 from the field (including 3-for-6 from 3-point range) and added two rebounds, five assists and three steals. Three of Mitchell’s assists were to fellew rookie Tony Bradley (the No. 28 overall pick), who finished with eight points, five rebounds and two blocks.

Late in the game, Utah’s Eric Griffin, a former D-League All-Star who played in Israel last season—put a fitting exclamation point on Utah’s performance when he dropped an absolute bomb of a dunk.

Derrick White, the No. 29 overall pick, led the Spurs with 13 points on 5-for-12 shooting. Forbes and Davis Bertans finished with 12 points each for San Antonio.

The Jazz held the Spurs to only 27-for-89 (30.3 percent) shooting. … Devondrick Walker added 12 points for the Jazz in the win. … Livio Jean-Charles scored 10 points off the bench for San Antonio. … Utah’s Joel Bolomboy grabbed seven rebounds but finished with only four points on 1-for-4 shooting.