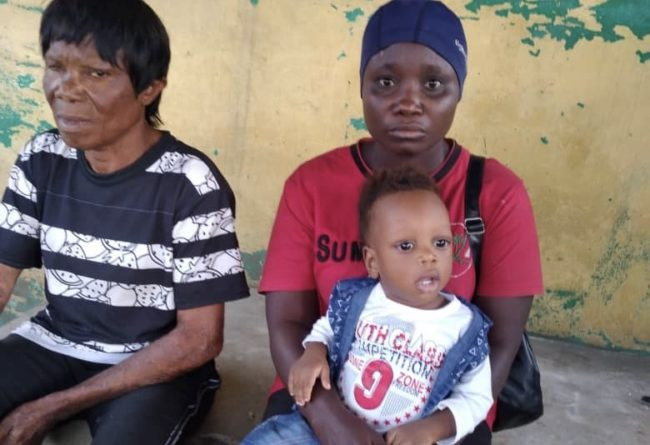 The Imo State Police Command has launched an investigation after two women were allegedly caught trying to sell off a nine-month-old boy for N400,000.

The suspects, Mfon and Esther, are suspected of having stolen the child in Akwa Ibom and brought him to Imo.

Read more:  BILL GATES BLAMES HIMSELF AS HE OPENS UP ABOUT DIVORCE, IT’S SO PAINFUL

It was gathered that the women were caught at ABC Motor Park along Mbaise Road in Owerri while bargaining to sell the child.

Police spokesperson in Imo State, Mike Abatam, said the command had inaugurated a committee to unravel the circumstances surrounding the incident.

“The command wishes to inform the good people of Imo State that we are already on top of the situation. And the Commissioner of Police,  Imo State Command,  CP Abutu Yaro, has already inaugurated a high powered investigation team directing them to commenced forensic investigation into the viral Post to unravel how the two women came about the baby, trace and location the birth parents of the child, where the baby was stolen. For what purpose,” he said in a statement.

“The command is assuring the good people of the state that, as soon as the investigation is concluded,  the outcome will be made public for all and sundry to know the real facts surrounding the viral post,” the statement added.

The command warned all child traffickers to desist from their inhuman, illegal, and nefarious trade as the Command would do the needful to trace, identify and apprehend them for prosecution.