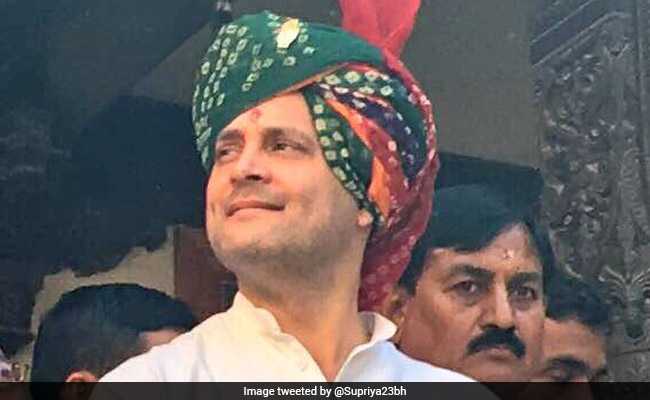 Congress President Rahul Gandhi today took a swipe at the BJP over his hugging Prime Minister Narendra Modi in parliament, saying now the party’s MPs take “two steps back” on seeing him fearing he may embrace them too.

Mr Gandhi, who was severely criticised by the BJP leaders for hugging PM Modi during his speech on the no-confidence motion against the government last week, said he may have a difference of opinion with the ruling party leaders and he can fight them, but he doesn’t need to hate them.

“You can fight someone with all your might, but hate is a choice… And I think that is something that is very important to understand. I may disagree with Mr (L K) Advani, I may have a completely different conception of the country from that of Mr Advani. And I can fight Mr Advani on every single inch, but I don’t need to hate him,” Mr Gandhi said at a book launch where the senior BJP leader and former deputy prime minister was also present.

The Congress chief further said that he can hug L K Advani and also fight him.

“It is very interesting how this works, because now whenever I come across BJP MPs, they take two steps back… we have to be careful he is going to hug us,” Mr Gandhi said amid peals of laughter.

After a no-holds barred and scathing criticism of PM Modi on several issues including the Rafale jet deal, Mr Gandhi had walked across the well of Lok Sabha to Modi and hugged him. The gesture had taken PM Modi as well as the treasury benches by surprise.