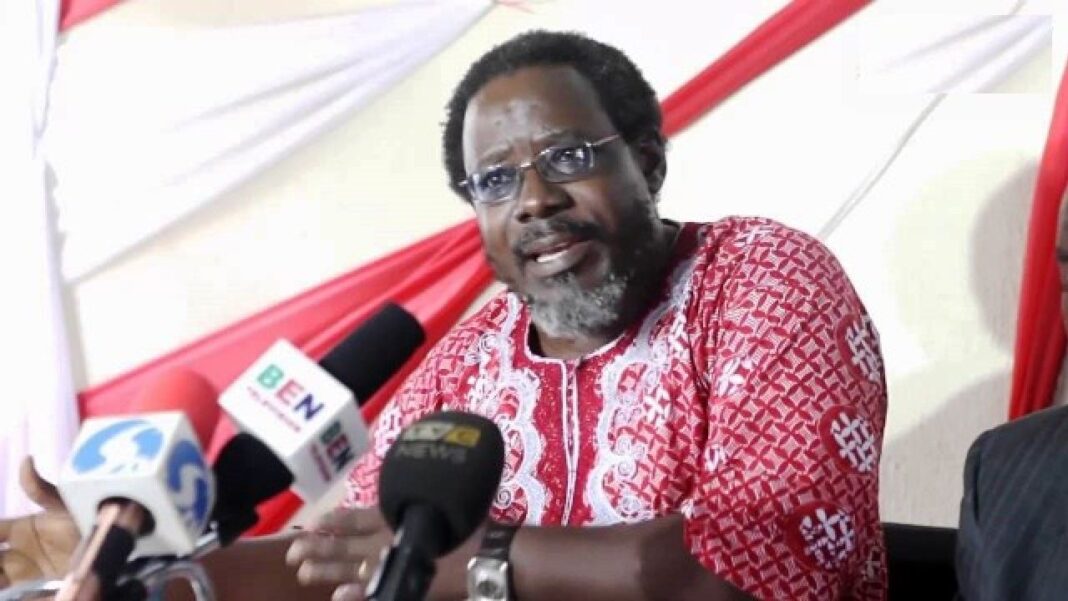 The Centre for Anti-Corruption and Open Leadership, CACOL, has called for a probe of all state governments and their local councils.

The civil society organisation on Wednesday leant its voice to calls by other agencies asking the federal government to probe all state governments and their local councils.

CACOL insists that state governments and local councils must give an account of the expenditure of funds allocated to them by the centre, their Internally Generated Revenue, IGR and funds generated from tax in their zones.

The call which was made by its Executive Chairman, Debo Adeniran was contained in a statement signed and sent to DAILY POST by its Coordinator, Adegboyega Otunuga.

While noting that it was essential for such fiscal probes to be conducted on behalf of the people, the group said it was convinced that if the mismanagement at our state governments and their local councils are checkmated, governance would take on a more relieving nature and make life more abundant for our people.

The statement reads: “In lending our voice to the general calls of Nigerians in groups and as individuals, for proper accountability and probity to be fostered in the country, we hereby call on the federal government of Nigeria through the office of the Attorney General of the federation and Minister of Justice, Abubakar Malami and other relevant anti-corruption agencies, to spring into action and probe how the allocations to all the 36 (Thirty-six) states and 772 (Seven Hundred and Seventy-Two) local governments, including those local council areas created for ease of administration were managed so far by those levers of government’’.

“This would go a long way in recovering much of the public funds and federal allocations that have been whimsically and carelessly siphoned by at those levels. This becomes germane when we consider how the states’ governments have shortchanged many of the local governments in their allocations by diverting such into their private pockets while on occasions, they both collaborate to loot such resources to the detriment of the general public and the society at large, which should naturally profit from those resources.

“As much as CACOL backs the calls for financial autonomy of the local governments without hindrance, we must note that both the 1979 and 1999 Constitutions of the Federal Republic of Nigeria (as amended), the United Nations Convention and African Union Charter Against Corruption, etc., clearly confers such oversight powers on the Federal Government and its agencies. This is so, even if the polity is to restructure today for greater effectiveness and accountability. Without such leverage, the other tiers of government become a Lord of the manor and consequently deny the people, in whose custody the sovereignty must rest, the benefits of government.

“This is why in other climes, the local councils as the nearest authority to the grassroots, provide those salient services like housing/council flats, primary health care, neighbourhood roads, good drainage system, interconnectivity within the areas, etc., which makes governance more impactful to all and sundry.

“The National Assembly is, on the other hand, empowered and mandated to perform similar oversight on the finances of the Federal Government towards discouraging incidences of impunity and conspiracy at mismanaging the collective resources.”

“Without any equivocation, it is very clear that the drafters of our Constitution and Presidential Model of governance, could not have wanted a ‘jungle Republic’ where anything goes as many of our officeholders behave at various stages of governance.

“For the entire country to be sanitized and ridden of corruption, the searchlight must be beamed on these other levers such that the kind of recklessness and official irresponsibility that led to a situation where a Councillor was collecting higher salary and emoluments than a University Professor in our clime during this same dispensation in the past, would not rear its ugly head again’’.