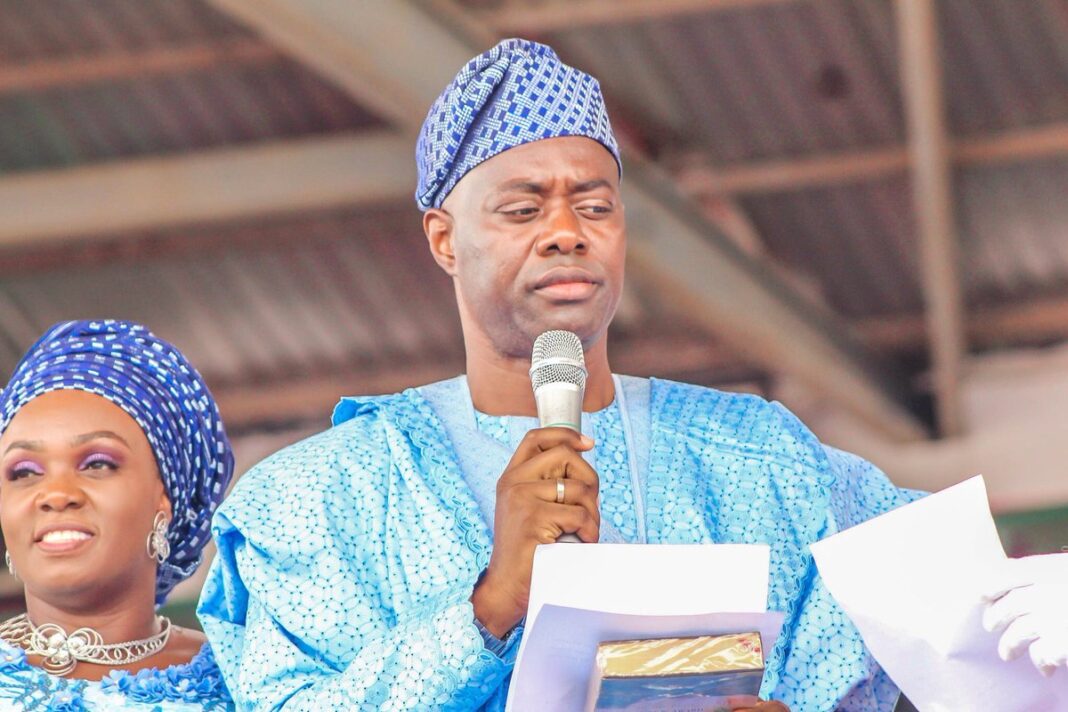 Governor Seyi Makinde of Oyo state has appointed his wife, Tamunominini Makinde, to head the Board of the Oyo State Agency for the Control of AIDS (SACA).

The agency is responsible for the control of AIDS in the state.

Makinde while inaugurating the board on Tuesday noted that dealing with the scourge of AIDS “is of utmost importance to his administration.”

Governor Makinde stated that though there had been some signs of progress with regards to anti-retroviral medication, abstinence from sex remained the best way to control the spread of AIDS.

Apart from his wife who will chair the board, another member of the board included Dr. Lanre Abass who serves as Executive Secretary.

“Some of you like Reverend Babatunde and Dr. Titilayo [representing inter-religious body] are also very important to this advocacy because when you either stand on the pulpit or in front of the congregation in the mosque when you are preaching, you can also put the word out there for people to know.

“There has been a lot of progress on the anti-retroviral medication but abstinence is the best way to control the spread of HIV/AIDS scourge.

“I don’t have any doubt in my mind that we have assembled the best hands to manage the affairs of Oyo State Agency for Control of AIDS. I have taken time to reflect on what was the modus operandi in the past and I can say to you clearly that the State used to be supplied with medications that were just about to expire. They have brought some of them to me and, please, that era should be over and be over for good in Oyo State.

“Some people have even come to us and said we must probe activities of the past board and you all know the chairperson of that board. So, it’s a no-go area for me. We want to be forward-looking. Whatever has happened in the past should be in the past. Let us draw the line and focus on our own result areas.

“I want to thank you for accepting to serve the people of Oyo State in this capacity and I also wish you a successful and impactful tenure”.