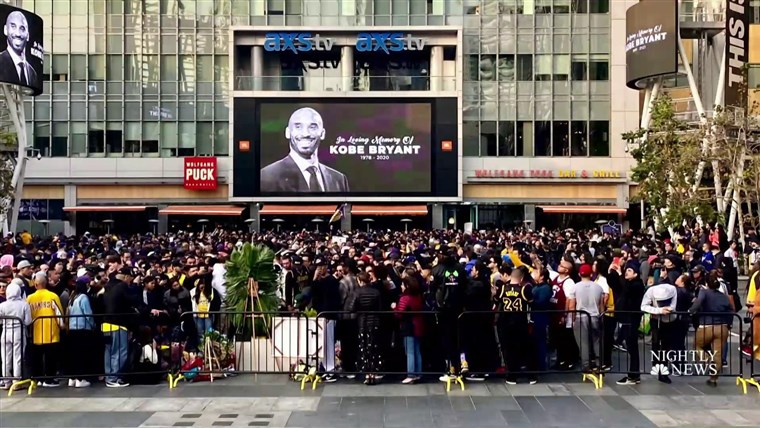 LeBron James posts on Kobe Bryant: ‘I’m Not Ready but here I go’, NBA star LeBron James struggled Monday in a social media post to describe his grief and heartache over the loss of his friend and competitor Kobe Bryant.

“I’m Not Ready but here I go. Man, I sitting here trying to write something for this post but every time I try I begin crying again just thinking about you, niece Gigi and the friendship/bond/brotherhood we had!” James wrote on Instagram.

Gigi is the nickname of Bryant’s daughter Gianna, 13, who was killed with her father and seven other people when the helicopter they were traveling in crashed Sunday near Los Angeles.

“I literally just heard your voice Sunday morning before I left Philly to head back to LA. Didn’t think for one bit in a million years that would be the last conversation we’d have,” wrote James, who led the Cleveland Cavaliers to the city’s first championship in 52 years before joining the Lakers in 2018. “WTF!! I’m heartbroken and devastated my brother!!”

Bryant’s death at 41 sparked coast-to-coast outpourings of grief and support. Madison Square Garden and the Empire State Building in New York City were lighted in Lakers purple and gold, and a memorial grew outside Staples Center, the Lakers’ home in Los Angeles.

Bryant was all mourned all over the world, including China and Italy, where Kobe he from ages 6 to 13 while his father played for several Italian basketball teams.

Bryant, a shooting guard, became one of the highest-scoring players in NBA history during his 20 seasons with the Lakers. He was named Most Valuable Player in four of the 15 All-Star games he played in, and he was twice named MVP of the NBA Finals. Bryant retired in 2016.

James said in the Instagram post that his heart went out to Kobe’s wife, Vanessa, and their three surviving daughters. James vowed to continue Bryant’s legacy.

“There’s so much more I want to say but just can’t right now because I can’t get through it!” he wrote.

He ended the message with “Until we meet again my brother!!” and the hashtags “#Mamba4Life” and “#Gigi4Life.” Bryant’s nickname was The Black Mamba.

The cause of the helicopter crash is under investigation, but the weather at the time, described as foggy, will be part of the probe, a National Transportation Safety Board member Jennifer Homendy said Monday.

Bryant on Saturday tweeted his congratulations to James for passing him in the all-time scoring record.