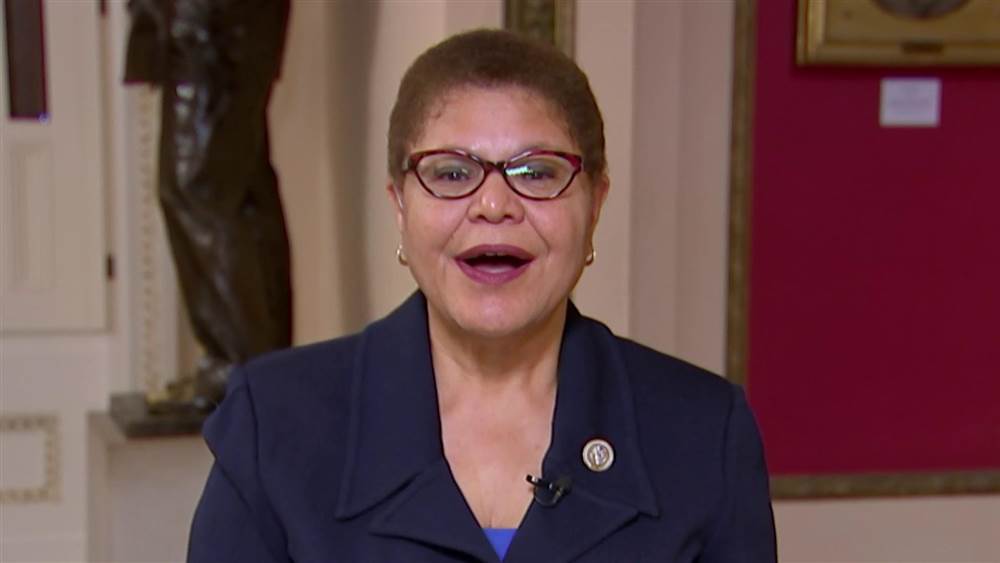 Democrats are ready to explain why Trump should be impeached
wowplus— Americans heard last month what President Donald Trump did in his dealings with Ukraine. Now, House Democratic officials say, it’s time to nail the case for why his actions demand impeachment.

Trump, House Democrats and the rest of the nation have a lot riding on whether this transition — from the facts established by the House Intelligence Committee’s Ukraine inquiry to the Judiciary Committee’s consideration of their implications on Trump’s fitness to serve as president — delivers for Congress the open-and-shut case that a plurality of Americans believe already is evident.

The intelligence panel released a 300-page report on its findings Tuesday afternoon in which Chairman Adam Schiff, D-Calif., concluded that Trump put his interests above the country’s and then covered up his actions with an “unprecedented campaign of obstruction.”

“The President engaged in this course of conduct for the benefit of his own presidential re-election, to harm the election prospects of a political rival, and to influence our nation’s upcoming presidential election to his advantage,” the report says. “In doing so, the President placed his own personal and political interests above the national interests of the United States, sought to undermine the integrity of the U.S. presidential election process, and endangered U.S. national security.”

The fate of Trump’s presidency, his re-election hopes, the makeup of the next Congress and the ability of the three branches of government to check and balance power under the Constitution all hang in the balance as the Judiciary Committee opens its first hearing Wednesday.

The committee is expected to draft a series of articles of impeachment against Trump that could include conduct beyond the scope of the Ukraine affair — from obstruction of justice with regard to allegations that Trump stonewalled special counsel Robert Mueller’s Russia probe to possible violations of the Constitution’s prohibition on federal office-holders using their power to enrich themselves — but Democratic officials say the number and form of those articles have not yet been set in stone.

Trump, who has called the inquiry a “hoax,” confirmed Monday that his lawyers won’t accept judiciary’s invitation to participate in that hearing, a decision that reflects the White House’s blanket refusal to cooperate with congressional requests and subpoenas for documents and witness testimony related to the Ukraine affair and other matters under investigation by the House. Similarly, as they have done all along, House Democrats will move forward without the White House.

“The Judiciary Committee, in the next phase of this impeachment inquiry, will hear testimony from legal experts and scholars, explaining what constitutes ‘bribery, high crimes and misdemeanors,'” Rep. David Cicilline, D-R.I., said of the Constitution’s language regarding impeachable offenses. “A successful hearing, in my view, will [give] a clear understanding that the conduct of the president meets these requirements and warrants our consideration of articles of impeachment.”

The challenge for Democrats remains much the same as it has been — to persuade more of the public and Republican lawmakers that Trump should be removed from office. They are well aware that neither opinion polls nor congressional Republican votes have moved in the week-and-a-half since the intelligence hearings wrapped up, and they know how they need to use the upcoming hearings to translate the facts of the case into support for impeachment.

But in contrast to the Intelligence Committee’s work, which relied on government officials to testify to the facts of the case, the judiciary panel will call on legal scholars to render judgments on whether and how the president’s behavior fits into both the intent of the framers when they wrote the Constitution’s impeachment provisions and the context of past House uses of the power to call on the Senate to try federal officials.

Democrats have mostly focused on Ukraine since the September revelation of an intelligence community whistleblower complaint that alleged Trump had conditioned support for that country’s defenses against Russia on reciprocal political assistance for him — what he referred to as a quid pro quo.

Trump said there was no such relationship between his decision to freeze money appropriated by Congress for Ukraine’s protection against Russian encroachment and his effort to get Ukraine’s president, Volodomyr Zelenskiy, to announce that he would launch investigations with political implications in the U.S.

With regard to that affair, witnesses testified that the president directed high-level lieutenants involved in Ukraine policy to work through his personal lawyer, Rudy Giuliani, who was pushing the Ukrainian government to open investigations into one of Trump’s leading political opponents, former Vice President Joe Biden, Biden’s son Hunter Biden, and a supposed DNC server that former National Security Council aide Fiona Hill said was the creation of a Russian disinformation campaign.

At the same time, witnesses said, Trump froze $391 million in U.S. taxpayer aid to Ukraine, which is trying to fend off Russian incursions into its territory. Officials involved in Trump’s Ukraine policy testified that they believed Trump was holding the cash to force Zelenskiy to announce the probes. Further, a top U.S. budget official, Mark Sandy, testified he was told in an email from a senior White House aide, “to the best of my recollection, that the president is directing a hold on military support funding for Ukraine.”

Sandy was not given a reason for the freeze for months, even as Trump told Zelenskiy on a phone call a couple of weeks later that he wanted “a favor” — the investigations — after they discussed the funding and as Trump administration officials told Ukrainian officials who were curious about the missing money that the president wanted the probes.

The Intelligence Committee report notes that White House Chief of Staff Mick Mulvaney, who is also the director of the White House’s Office of Management and Budget, told reporters in October that the pursuit of an investigation into the server factored into “why we held up the money” and that “we do that all the time with foreign policy.”

Zelenskiy said Monday that he “never talked to the president from a position of quid pro quo.”

“That’s not my thing,” he said, leaving open the question of whether that’s Trump’s thing. “I don’t want us to look like beggars. But you have to understand. We’re at war. If you’re our strategic partner, then you can’t go blocking anything for us. I think that’s just about fairness. It’s not about a quid pro quo. It just goes without saying.”

Trump and his Republican allies in Congress have held fast to the argument that he did nothing wrong — or, in some cases, that nothing he did warrants his impeachment or removal from office. Some, including Rep. Devin Nunes of California, the ranking Republican on the House Intelligence Committee, have repeated a theory, which Hill called a Russian disinformation campaign, as justification for Trump’s pushing Ukraine to open the investigations.

Republicans on the Intelligence Committee published a dissenting report Monday that concluded Democrats found no wrongdoing by the president.

“The evidence presented does not prove any of these Democrat allegations, and none of the Democrats’ witnesses testified to having evidence of bribery, extortion, or any high crime or misdemeanor,” the GOP report says.

Cicilline suggested the judiciary hearings can help Democrats pivot from establishing the facts to showing why they amount to impeachable offenses.

“The president of the United States attempted to provide a foreign leader to initiate an investigation against his chief political rival and withheld military aid as leverage,” he said. “This was an abuse of power, compromised our national security and undermined the integrity of our elections.”