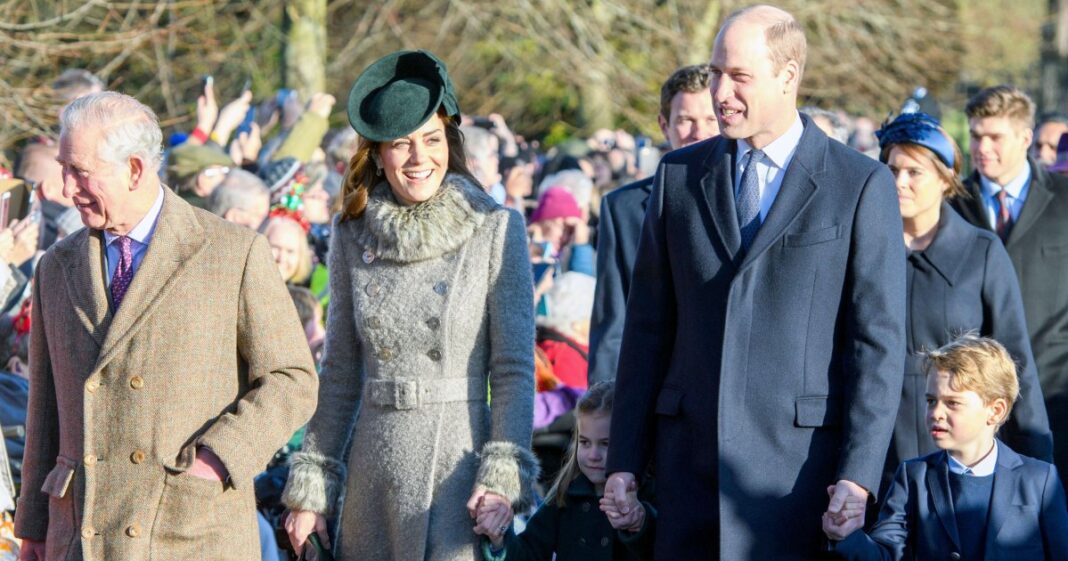 Kate! Will! George! The Royals Attend Christmas Day Service: Pics A family affair! The royal family kicked off their Christmas celebrations this year with their annual church attendance.

Prince William, Duchess Kate and their children Prince George, 6, and Princess Charlotte, 4, held hands as they walked to St Mary Magdalene Church in Sandringham. The family’s official Twitter account sent out the photo on Wednesday, December 25, showing Prince Charles right by their side.

Ahead of the Christmas holiday, the Duke of Cambridge revealed that his eldest child with Kate already had in mind what he wanted from Santa Claus this year.

“George has already written his list for Father Christmas,” he shared during BBC’s A Berry Royal Christmas special on December 16. “He loves his drawing — he’s a very good drawer. We might get him something for drawing. Or football. He is loving his football as well.”

After the royals attended church, they sat down to Christmas lunch, and according to one of the monarch’s former chefs, Darren McGrady, it takes “months of planning” to prepare for Queen Elizabeth’s annual affair. Speaking to Yahoo Style UK, he even compared it to that of “a military operation,” as everything had to be just right.

“I remember the fruit and vegetable supplier: he would have six or 10 cases of pears and we would look them and chose the 12 we wanted,” he explained on December 17. “I thought, ‘This is what it’s all about, using the best ingredients.’”

Most British royal members were present for the church outing, with the exception of Duchess Meghan and Prince Harry. In November, Buckingham Palace confirmed that the couple and their 7-month-old son, Archie, would join the former Suits star’s mother, Doria Ragland, to celebrate the Christmas holiday.

“The Duke and Duchess of Sussex are looking forward to extended family time towards the end of this month. Having spent the last two Christmases at Sandringham, [the couple] will spend the holiday this year, as a new family, with the duchess’ mother, Doria,” Buckingham Palace’s statement read. “This decision is in line with precedent set previously by other members of the royal family, and has the support of Her Majesty The Queen.”

Despite Buckingham Palace stating Meghan, 38, and Harry, 35, have the queen’s full support, a source told Us Weekly exclusively that she is “disappointed” over their decision. However, the insider revealed that it’s Harry’s “rift” with William that is “one of the main reasons” the pair are abstaining from the family’s annual tradition.

The couple’s choice to not join Harry’s side of the family for the holidays came one month after the duo decided to spend Thanksgiving in the United States. Meghan and Harry also took a six-week hiatus from their royal duties to instead focus on spending time with their family. A source told Us exclusively in November that “their family is their No. 1 priority.”

Scroll down to see more photos of the royals attending Christmas service!