Biggest Celebrity Feuds of the 2010s: Taylor vs. Kim, Cardi B vs. Nicki 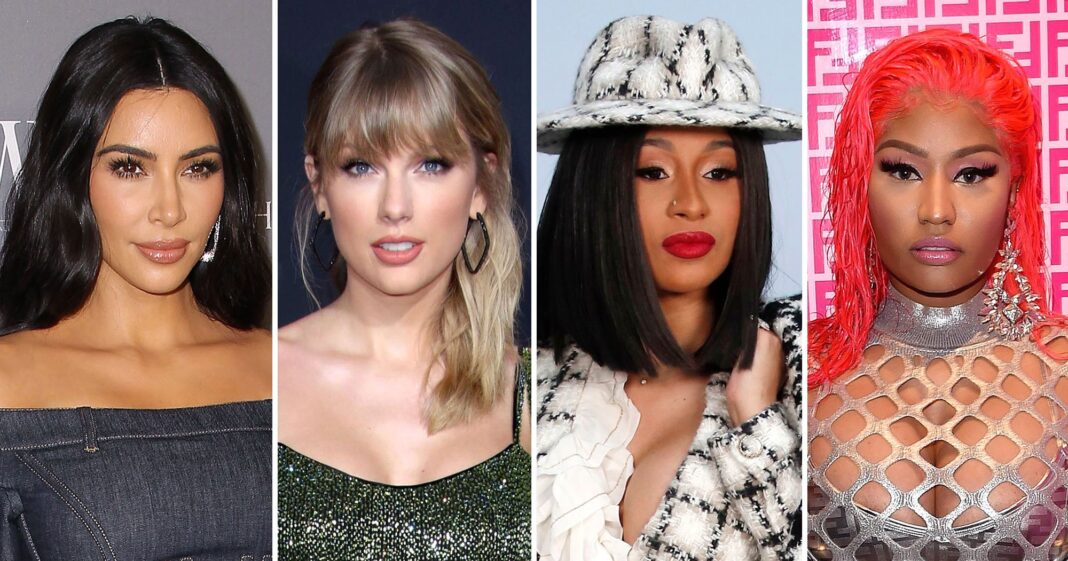 Biggest Celebrity Feuds of the 2010s: Taylor vs. Kim, Cardi B vs. Nicki, Bad blood. Celebrity feuds dominated the 2010s with new enemies facing off and old wounds reopened. Over the past 10 years, a few names consistently popped up in the headlines for fighting with fellow celebrities.

Mariah Carey battled it out against Nicki Minaj and continued her years-long shade of Jennifer Lopez over the past decade. The “Obsessed” singer was asked in 2001 by a German reporter about J.Lo to which Carey replied, “I don’t know her.” The response birthed the now-iconic meme which grew popular in the 2010s. Wendy Williams asked Lopez about the remark in 2016 and the “On the Floor” singer said, “She’s forgetful, I guess.”

Carey later explained why she gave that response in an interview with Pitchfork in 2018. “I really was trying to say something nice or say nothing at all,” she said.

Lopez, meanwhile, seemed to throw subtle shade at the “Heartbreak” songstress when she was seen scrolling through Instagram during Carey’s performance at the Billboard Music Awards in May 2015. The dancer defended herself on Watch What Happens Live With Andy Cohen in February 2016 telling host Andy Cohen, “I watched a lot of it. It was a long performance.”

Kanye West took issue with multiple recording artists over the years including Jay-Z, Taylor Swift and Drake. The drama with Drake began in May 2018 after Pusha-T fired off at the “Nice for What” rapper in lyrics from his album Daytona, which was produced by West. Drake retaliated on the diss track, “Duppy Freestyle,” which caused Pusha T to out Drake’s then-secret child, Adonis, on the track “The Story of Adidon.” Drake released another track “No Stylist,” which seemed to take shots at West. In September 2018, West apologized for his part in the feud and claimed he never revealed Drake had a son to Pusha-T.

West shared that he had put his rivalry with Drake behind him in an interview with Zane Lowe for Apple Music’s Beats 1 in October 2019. “You cannot be in service to God and be mad at your brother next door. I go to Drake’s house  … and just will leave my phone number,” the “Follow God” rapper said.

Swift also found herself in the headlines in the past 10 years for her feuds with Tina Fey, Amy Poehler, Kim Kardashian, Katy Perry and West, which sparked the inspiration for plenty of music and memes.

Scroll down to revisit some of the biggest celebrity feuds of the 2010s.