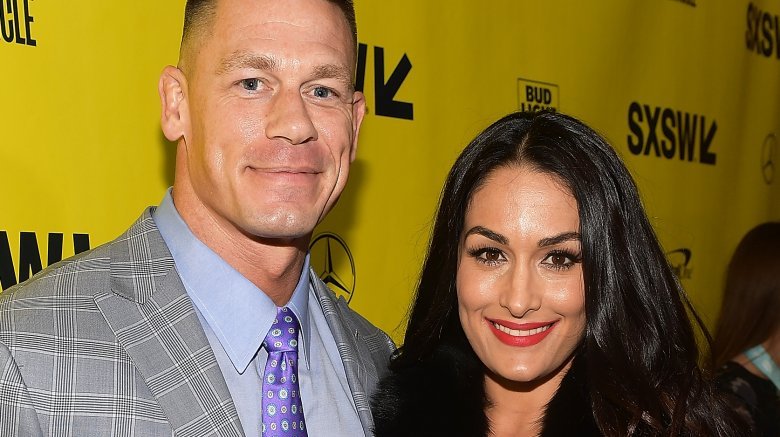 John Cena and Nikki Bella don’t plan on getting hitched any time soon.

According to an Us Weekly exclusive, published on Wednesday, June 6, 2018, the WWE stars are reportedly not rushing into anything amid their recent reconciliation.

“There has been no discussion about a wedding,” a source told the magazine, explaining that they needed some time away from each other to work out what they wanted. “They’re not officially engaged again. They are working on their relationship day by day. There’s nothing going on more than them trying to figure out their situation.”

The insider echoed what Cena had disclosed to TMZ just over the weekend. “We’re best friends,” he told the gossip rag in Los Angeles, adding that the pair “talk to each other all the time.” As far as talk of marriage went, the pro wrestler simply stated, “It’s something I would like if the situation is right.”

As Nicki Swift previously reported, Cena, 41, and Bella, 34, called off their engagement in mid-April 2018, just three weeks ahead of their planned nuptials. They had been together for six years. “While this decision was a difficult one, we continue to have a great deal of love and respect for one another,” they said in a joint statement. “We ask that you respect our privacy during this time in our lives.”

At the time, multiple reports claimed that the main reason the on-and-off couple had called it quits was that the Blockers star did not want to start a family.

However, Cena later revealed he’d changed his mind on the matter while professing his love for Bella in a candid Today show appearance. “I still love Nicole,” he said. “I would still love to marry Nicole. I still would love to have a family with Nicole.” For her part, Bella was left “speechless” by the interview.

Following rumors that they’d rekindled romance, the Total Bellas star’s rep told Entertainment Tonight that the two were back together. “Nikki Bella and John Cena are working on their relationship and taking it day by day,” the rep stated on Thursday, May 31. “They appreciate all of their fans and their continued support.”