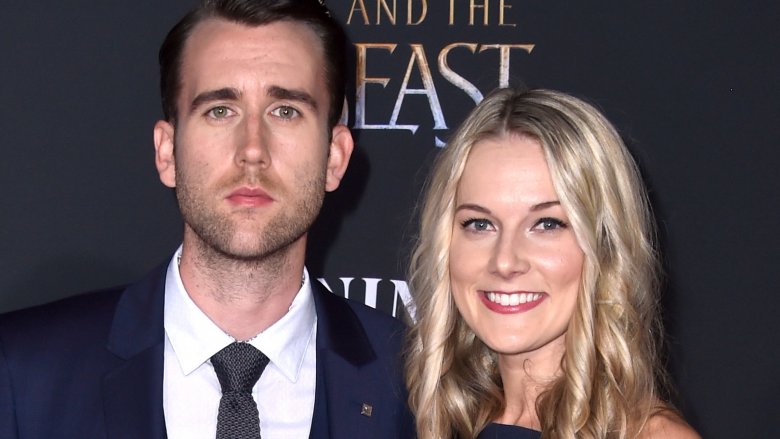 Matthew Lewis is a married man!

On Monday, May 28, 2018, the Harry Potter star, who’s best known for playing Neville Longbottom in the popular film series, took to Twitter to announce that he’s tied the knot with lifestyle and travel blogger Angela Jones.

“Not only did I miss @ArticMonkeys in LA but they were performing in Italy at the same time we were there and my wife made me get married instead,” Lewis jokingly wrote, captioning a sweet snapshot of the newlyweds on their big day. “Fuming.”

Not only did I miss @ArcticMonkeys in LA but they were performing in Italy at the same time we were there and my wife made me get married instead. Fuming. pic.twitter.com/VEZfTkizBa

Lewis, 28, proposed to Jones during a trip to Paris in November 2016. According to E! News, the actor’s rep confirmed the married pair’s engagement the following month, stating, “They’re both over the moon. They got together in July and hit it off straight away.”

At the time, TMZ reported that the couple met in January of that year while attending an event at the Wizarding World of Harry Potter at Universal Studios in Orlando, Fla. — where Jones worked as an event planner.

Jones, who runs the website Sunshine State of Me, commemorated the romantic proposal on social media in October 2017. “When in Paris! This trip, almost exactly a year ago, was full of nights we won’t remember and memories we’ll never forget,” she wrote on Instagram, captioning a pic of the two together. “I was calling him fiancé for almost a full 24 hours when this photo was taken. I made him take a picture on this couch every night before we went out. He hated it.”