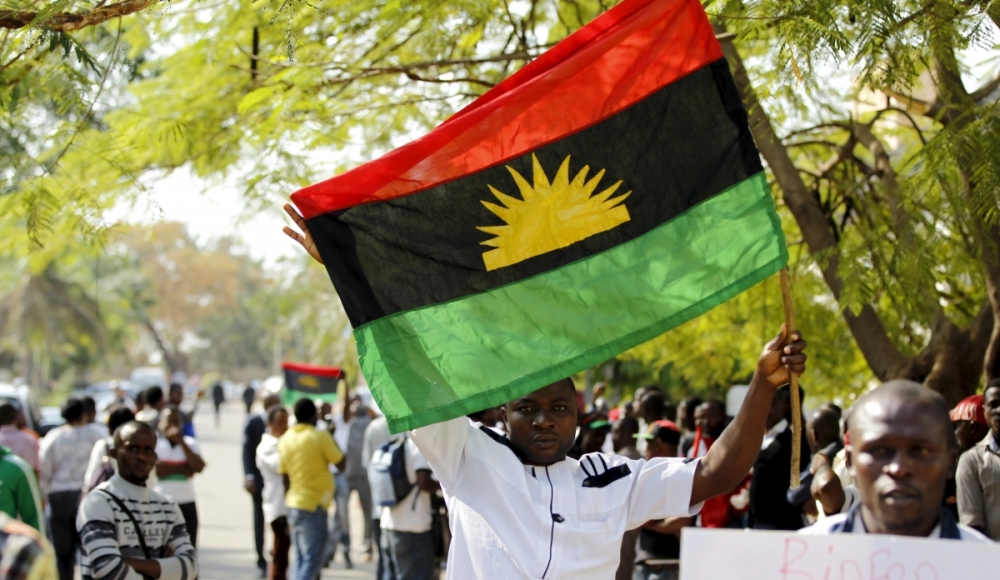 The Indigenous People of Biafra (IPOB) has apologised for the late call-off of the planned boycott of elections in Nigeria.

A press release by the media and publicity secretary of the group, Emma Powerful which was made available to DAILY POST in Awka, quoted the leader of IPOB, Nnamdi Kanu as apologising to his teeming supporters for the shortness of time.

The group however said that the call-off was done after a meeting of the group’s Directorate of State’s meeting which took time to evaluate its terms and conditions, and the agreement reached to meet them.

IPOB however remained silent on the terms met which necessitated its calling off of the boycott, and which group it met.

Part of the release by IPOB read, “It is important we notify the world at large and IPOB family in particular that our leader, Mazi Nnamdi Kanu has called-off the election boycott in Biafraland. After a brief emergency session of the Directorate of State (DOS) late last night.

“The meeting was presided over by our leader, where it was determined that all our terms and conditions had been met by those wishing us to lift the ban on voting, it was unanimously agreed that the boycott should be lifted. The signed document agreeing to IPOB terms and conditions are in our possession and will be made public in due course.

“We regret the lateness of this agreement that led to the calling off at the eleventh hour but it must be seen as a negotiating ploy designed to wear IPOB down which failed woefully. We stood very firm and got every concession we asked for in line with what our leader outlined in numerous recent broadcasts.

“Our leader made it clear on many occasions that unless our terms are met the elections will be boycotted. Having met those conditions, our leader triumphantly lifted the boycott late last night.

“Therefore it is full steam ahead towards Biafra restoration because IPOB has achieved something most people thought was impossible. IPOB worldwide has proven that the impossible is achievable with dedication and demonstrable sense of purpose.”

“Therefore, we wish to inform the world that our preconditions and demands which we set out to accomplish from the onset, has been conceded to and taken care of without much alteration. Our struggle for total Biafra independence has been enhanced as a result of this.”