From Coi Leray to the Dwarves 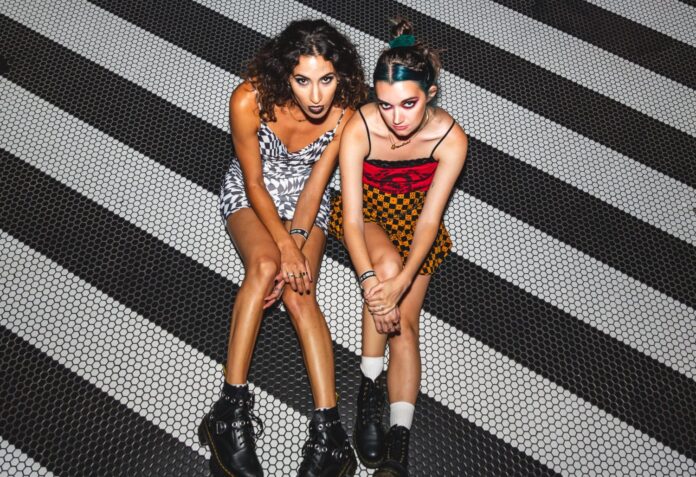 From Coi Leray to the Dwarves: The 138th LA reviewing the musicians that we’ve been writing about all week, is live now. There’s electronic music from Sullivan King, hip-hop from Coi Leray, punk from the Dwarves and TSOL, alt-pop from Heather Cook and Syd Silvair, and so much more.

Find us on Spotify here,

or on Soundcloud here.

From Coi Leray to the Dwarves

Also this week: Why This Particular Prince Harry Revelation Has Been Called ‘Ill-Judged’

In this week’s cover story, Deanna DiLandro of Weird Sister Records told us that, “It’s no secret that throughout entertainment industries (and all industries) women, trans and non-gender conforming people are unrepresented and misunderstood. I was personally sick of combatting misogynistic viewpoints and a general lack of desire to make room for diverse identities. When considering the idea of starting a label, I immediately thought of Madison because she had started her blog, Indie Witches, while we worked together at The Wild Honey Pie, so I knew she had similar desires to spotlight women and non-gendering conforming musicians from all over the world. I wanted to help out in any way I could when she started the blog and was interested in starting a label that intentionally carved out space for the same demographic. So, in March 2020 I reached out to Madison and pitched her the idea of a companion entity to Indie Witches over tacos after we attended a BLM protest together in Brooklyn. At first she was hesitant since she was juggling several jobs at the time, but after she thought about it, she called me a week later and said, ‘Let’s fucking do it!’ From that moment, Weird Sister was set in motion.

Cherry Vanilla said that, “I just don’t have the desire or the energy to deal with the music industry anymore. I figure someone will make a movie of my book, Lick Me at some point, probably after I’m dead. And then they can be the ones who will deal with the record labels regarding the licensing of the music and such. I’ve done that job for some filmmaker friends, and it’s not easy. Of course, if they would make it while the band and I are still alive (and we all still are at the moment), then we could just re-record the tracks. And that part could possibly be fun… or not! I’m open to some things, but I’m just not pushing. It’s not so much a case of being comfortably numb, but more a case of finally being truly comfortable with who I am, and about simply learning to relax with it a bit more. And I guess I’m kind of a fan of letting sleeping dogs lie.”