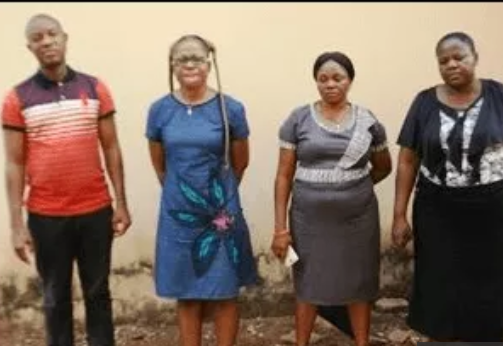 The first defendant, Placidus allegedly diverted funds received from Idemilli Micro Finance bank meant to be placed as fixed deposit to his personal accounts. while claiming they were severally rolled over and presented forged fixed deposit certificates to cover his tracks.

The co- defendants are alleged accomplices to the crime. All the defendants pleaded not guilty to the charges after they were read To them.

The trial judge admitted the defendants to bail on different conditions as follows. The first defendant is to produce two sureties and Two Million Naira (N2,000,000) in like sum with the sureties residing within the jurisdiction of the court. He further directed that they must have landed properties and must deposit two copies of their recent passport photographs alongside that of the defendant.

The second, third and fourth defendants were respectively granted bail in the sum of One Million Naira (N1,000,000) and one surety each who must be a civil servant of not less than grade level 14 and who must also reside within the jurisdiction of the court.