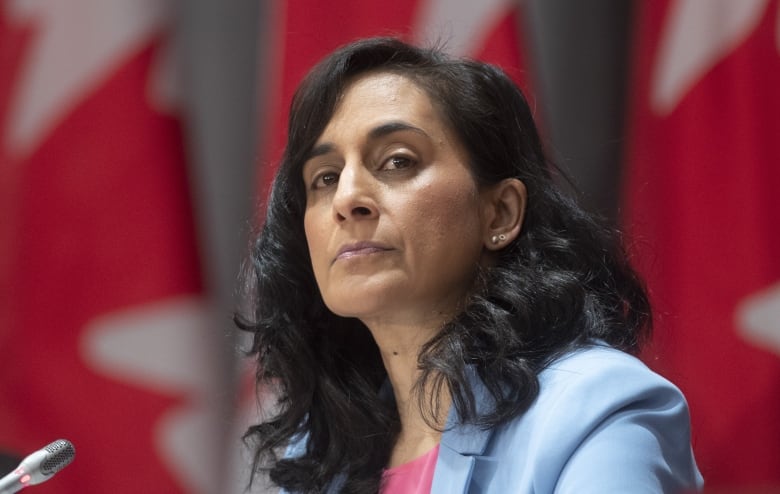 The federal government is ordering more than 75 million syringes, alcohol swabs and bandages so it can inoculate Canadians as soon as a COVID-19 vaccine is ready.

Procurement Minister Anita Anand said Ottawa intends to stockpile enough vaccine supplies to give at least two doses to every Canadian whenever a vaccine is available.

There are almost two dozen vaccines in clinical trials around the world and at least 140 more in earlier stages of development, but most experts predict it will be well into 2021 before the first vaccines could be ready for wide use.

Still, Anand said Canada wants to be ready and so has ordered 75.2 million each of syringes, alcohol swabs, bandages and gauze pads, and 250,000 needle-disposal containers to be delivered no later than the end of October.

The contracts for the syringes are already in place, but bids for the other supplies opened last week and will be accepted until the end of July.

From panic buying to long-term planning

Ottawa is also looking to transition its multibillion-dollar medical supplies purchase program from pandemic panic buying to longer-term planning. It is seeking a private company to take over the logistics of ordering, receiving, storing and distributing millions of face masks, respirators, surgical gowns and other personal protective equipment every month.

A request for bids for a logistics co-ordinator was posted July 16. The government wants a supplier that can procure or provide temperature-controlled warehouse space near Toronto and Hamilton airports, another near Montreal and a third in either British Columbia or Alberta. The winning bidder needs to be able to handle 27,000 pallets of supplies each month, as well as 220 shipping containers from cargo ships and another 400 cases of other goods.

Once described by Deputy Prime Minister Chrystia Freeland as the “wild west” of buying supplies, enormous demand for masks, gowns, gloves and hand sanitizer to respond to the pandemic turned into a season of Survivor in which governments needed to outwit, outplay and outlast others competing for the same goods.

The intensity of that process has relaxed slightly, Anand said, but not enough that Canada is yet willing to disclose its international suppliers.

“We have to be careful not to put in jeopardy our supply chains,” she said.

“Where we believe the supply chain is still in jeopardy, in other words there is still intense global demand for a particular piece of PPE, it would not be prudent for us to reveal the names of suppliers, as the competition is still very intense for that good.”

Canada has ordered millions of masks, gowns, gloves and other supplies to be delivered into 2021 and has accepted delivery of 99 planeloads of supplies to date.

In some cases, expectations for what was needed were too high. More than 40,000 ventilators have been ordered, but not as many COVID-19 patients have needed ventilators as predicted. The 367 already delivered and the others on the way will be stored by Ottawa in case they are needed in future waves of the virus.

An agreement between Ottawa and the provinces means 80 per cent of what Ottawa buys will be shipped to the provincial governments when they need it. The other 20 per cent is going into the National Emergency Strategic Stockpile, kept in a series of warehouses across Canada that store everything from medical supplies to temporary hospital cots and drugs to treat a variety of infectious diseases.

The federal government is now asking for local warehouse owners in Ottawa to step up with space to expand the stockpile, which was found to be lacking last winter when Canada needed it most.

‘We have to be more self-sufficient’

The country’s deputy chief public health officer, Dr. Howard Njoo, said Friday some “hard lessons” have been learned about the stockpile and Canada’s dependence on international sources to replenish it.

He said it was always believed that the national stockpile and the supplies provinces had would be enough for an immediate emergency — and whatever else the country needed could be ordered. That assumption proved very wrong when governments worldwide all needed the same things at the same time.

Before COVID-19, Canada had little ability to make much of what was needed here at home.

“We’ve also learned that we can’t in the future necessarily depend solely on global supply chains, we have to be more self-sufficient,” Njoo said.

“I certainly feel better, I think, about our situation, where we are now compared to let’s say back in January, February.”

About 40 per cent of the supplies Canada needs are now being sourced in Canada, including, for the first time, testing swabs and N95 masks.

Anand said one of the key lessons is the need to make sure orders of supplies are distributed before they expire. Last year, two million N95 masks kept in a warehouse in Regina were thrown out because they had expired. Those could have been used before the pandemic rather than wasted.

Anand said there is work ongoing to co-ordinate the federal procurement and provincial needs with the maintenance of a stockpile, and she said the same principle is being extended to other supplies, such as the vaccine equipment.

“Rest assured if those syringes are not used for vaccine, they are able to be used in other circumstances, for example, to administer the flu shot,” she said.