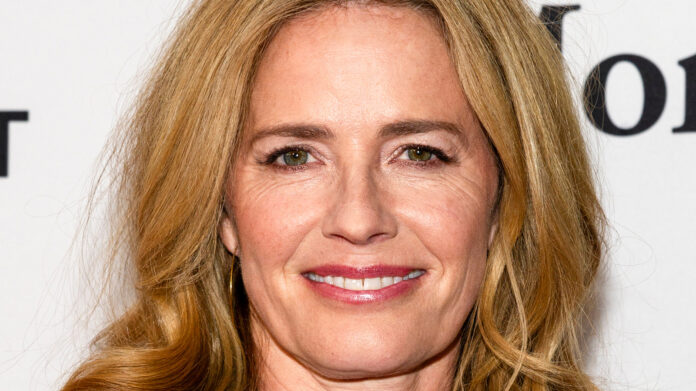 Elisabeth Shue has done some pretty interesting things in her life, and many of those things came to be by happenstance. She never expected to land the lead role in “Adventures in Babysitting,” nor did she think she could be a female soccer player in a male-dominated sport. We bet she also never thought she would find herself posing for photos at the Playboy Mansion, but alas, she once did.

In “Adventures in Babysitting,” the character Chris, played by Shue, is mistaken for a Playboy centerfold. Shue herself posed for the magazine cover, but it wasn’t as risqué as one might think. She told the Los Angeles Times, “Please emphasize I did not take off my clothes for the shoot.” The actor went on to reveal, “[The shoot] was the toughest thing I’ve ever done.

Also read; Joe Jonas Reveals He Was Once In The Running To Play This Marvel Role

When it came time for Shue to shed her layers and smolder for the camera, she had to head to Bunny Mecca: the Playboy Mansion. When Vulture asked her why this aspect of the movie couldn’t be done in Toronto (where the rest of the scenes were filmed), Shue said, “I think they wanted it to be authentic. Maybe it was a requirement from Hugh Hefner that if it was going to be a Playboy, then the pictures had to be there. I’m trying to remember whether I met him. I think I might have. But it was totally surreal to be there.”